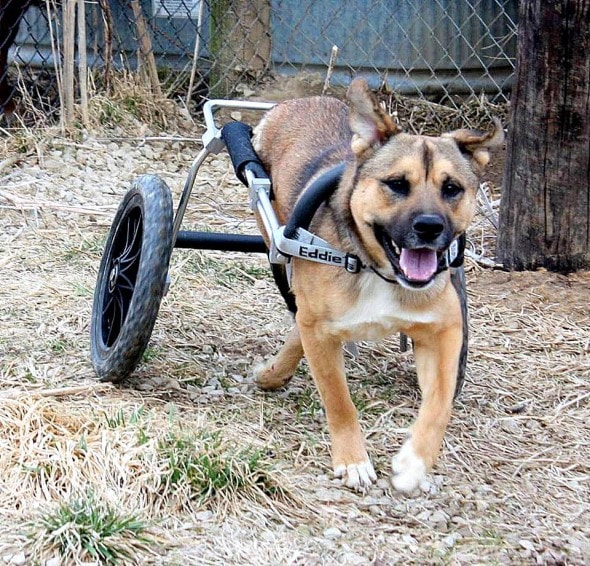 Trooper, a one-year-old German shepherd with his rear legs paralyzed, was forced to drag himself about before Iraq War vet James Burge stepped in to buy him a new set of wheels.  Now the much more mobile dog needs a home.

There’s not much known about Trooper, the German shepherd mix, or why he was in the situation he was in.  It’s suspected that he had been hit by a car when discovered dragging himself about on the southwest side of Indianapolis, Indiana several months ago.  Along with several other wounds, this left poor Trooper without the use of his back legs.

Enter James Burge, who lives in Indy and had met Trooper two months ago at Indianapolis Care and Control.  He was impressed by his general attitude, considering his situation. 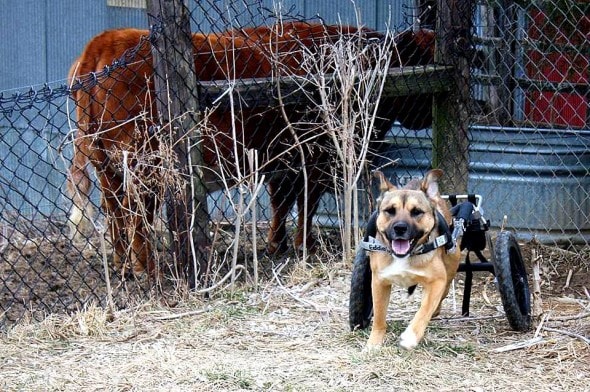 “He just came scooting along like he had no cares or worries in the world, just that can-do spirit,” said Burge.

He was immediately taken aback, and realized something:

Before that could happen, Trooper had been picked up by Rescue Farm, and taken to Poland, Indiana.  That doesn’t mean Burge forgot about Trooper.  Last month, the new shelter was looking for funding for some disabled dog wheels, and Burge was the one to step forward with the $500 on Trooper’s behalf.

Now, Trooper gets around when he wants to, just about like any other dog.  This poor dog, who just a few, short months ago had to drag his back legs anywhere he needed to go, runs around and plays like any other dog you’ve seen.

“He might be paralyzed from the waist down, but it doesn’t affect him at all.  He’s a trooper!” says Burge.

The next step involves finding Trooper a home, which will be no easy task.  Whomever decides to make him a member of their family, will need to be able to lift 50 pounds just to get him in and out of his wheels.  But he is a fantastic dog, and anyone who could be their family member will be very fortunate.  If you’d like to adopt Trooper, please click here. 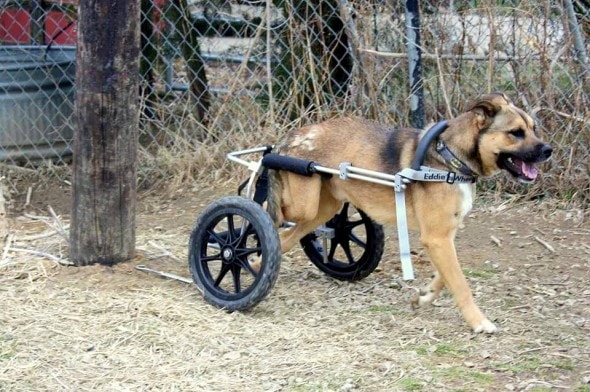