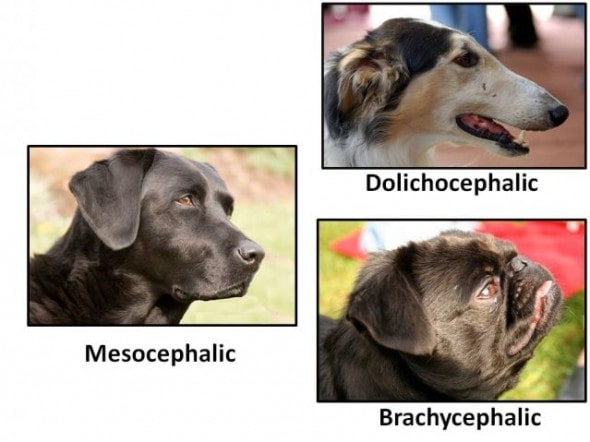 An investigation into the shape of your dog’s head may reveal something about his or her train-ability and intelligence.  In the early 1800s through part of the 20th century, medical professionals thought they could estimate intelligence and personality of someone by the shape of their head and their facial features, something they called physiognomy.

The terms “highbrow” or “lowbrow” in this case refer to more than just someone’s taste in humor or culture.  In physiognomy, someone considered highbrow would be thought to be of higher intelligence, because of their higher eyebrows.

There was also the theory that if someone had the features of a more “regal” or “noble” animal, they would have similar traits to that animal. 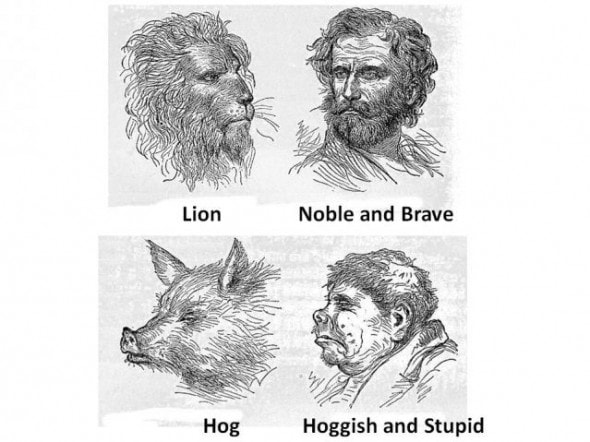 This type of analysis is no longer used by modern science, because years of research determined that there were no correlations between head and facial features and personality traits.  But modern studies into the shapes of dogs’ heads are making physiognomy relevant once again.

In a study that was recently published in Behavioural Processes, psychologist William S. Helton of the University of Canterbury in New Zealand decided to see if the shape of a dog’s head was related to intelligence.  There are many obvious differences in the head shapes of various dog breeds.

They range from the longer headed-dogs, called “dolichocephalic,” like greyhounds or borzois, to the broader, wider-skulled dogs called “brachycephalic.”  This would include the Mastiff and bulldog.  In between those are the “mesocephalic,” also called “mesaticephalic,” such as Labrador retrievers or Australian cattle dogs. 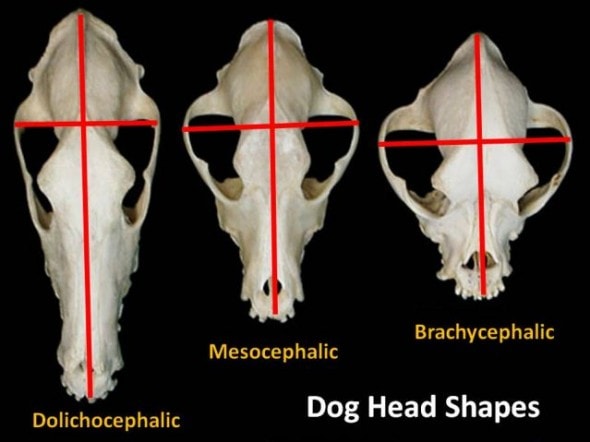 It’s thought that dogs not having a specialization when it comes to breeding have more cognitive flexibility, making them more easily trained, appearing to have a higher intelligence.  It may be difficult to imagine there’s really a direct link between these things, but after the study, scientists found there likely is.

This is by no means a 100% foolproof way of determining your dog’s smarts.  Yes, the shape of the skull will affect the brain that is in it, and formation of particular parts of the brain will dictate some parts of intelligence and train-ability, but not unlike humans, intelligence varies, and can also depend on how one is raised.