It’s a sad day for a family in Temple Terrace, Florida as their Jack Russell terrier died suddenly after biting into a toad in their backyard.  Despite the tragic loss of their pet Willie, Deborah and Charlie Barrett are speaking out in order to warn other pet owners of the danger.  The toad in question is called a Bufo marinus toad and it is not native to the area. 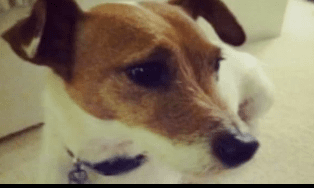 Gary Morse, a spokesman for the Florida Fish and Wildlife Conservation Commission says these toads are considered a nuisance and were originally brought to Florida to control insect issues in sugarcane fields.  Now the grayish brown toads are becoming deadly to house pets, including dogs, cats, and other animals due to the fact that they secrete a toxin that is highly poisonous.

A few minutes after  6 year old Willie played with the toad, he started to convulse.  The Barrett’s rushed him to the local animal hospital but he died on the way there.  “Once they start having seizures, if you don’t address it quickly, it can cause massive brain damage,” said Dr. Langston of the Temple Terrace Animal & Bird Hospital.   Though small dogs are more at risk than large dogs, the larger dogs can still suffer severe medical problems from contact with the toxic frogs.

People should not pick up these toads, and children should be warned not to touch them as well.  If you suspect that your pet has come into contact with a Bufo toad, you should see a vet right away.  Deborah and Charlie Barrett don’t want anyone else to experience what they have gone through with the loss of their beloved pup Willie.

2 thoughts on “Jack Russell dies after playing with toxic toad”