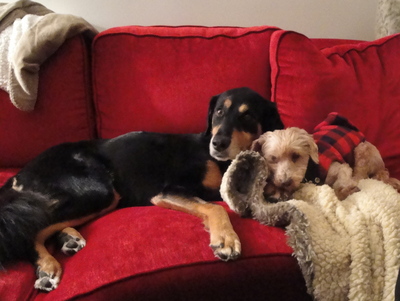 Life With Dogs welcomes the New Year with a renewed commitment to work for the betterment of these majestic, loving animals that so capture our hearts and imagination. After a month off, our Rescue of the Month returns, featuring a terrific organization that is making a difference for dogs often passed over by others. Sincere thanks to Cheri Spain for the memory jog, and to Sherri Franklin for making time to talk during the holidays.

I invite you to take the time to get to know Muttville better – organizations like it should serve as an example for those getting a start in animal rescue, and for those dogs who are past their physical prime it (and similar rescues) can be a true savior. See a video at the end of this article, and when you have the time, or if you know someone thinking of adopting a dog, check out the available dogs directory.

Why the World Needs Muttville

The tragic truth is that every day, dogs in good health with wonderful personalities are euthanized. Why? They’re older. And because they’re older, they’re not considered adoptable. Shelter workers see it everyday: a dog is brought in because he can’t jog with his guardian anymore. Or he needs a little time to get up the stairs. Or he’s simply not a puppy.

Muttville’s mission is to change the way the world thinks about and treats older dogs and to create better lives for them through rescue, foster, adoption and hospice. We reach out to senior and special needs rescue dogs; find suitable homes for those dogs that are adoptable; and offer end of life care for those that are not. These are not just shelter dogs; every day, dogs are moved from loving homes to concrete cages because their guardians have died or moved or simply can’t care for them anymore.

If we had our way, no dog would spend its last days in a cold, dark shelter. There is so much love and joy in these dogs! Bringing these special dogs into a home is not only good for the dogs, but such loving, mellow dogs transform the quality of life for the people who adopt or foster them. 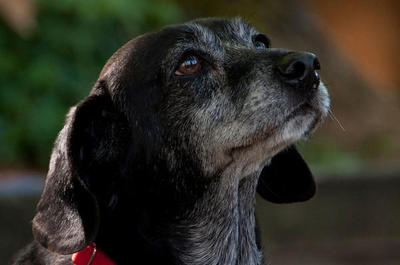 Through associations with shelters and other animal organizations, Muttville finds senior dogs that have been given up and are not likely to find adopted homes. Through outreach and networking, Muttville finds suitable new homes for these dogs. Ultimately, Muttville will have its own facility to house dogs that are not yet placed, or that are unlikely to be placed.

Muttville was started in 2007 by Sherri Franklin, a longtime animal advocate and rescue worker. Sherri has spent years rescuing dogs, especially senior dogs. She recognized that the need was greater than she as an individual could ever address. So she decided to start Muttville, a non-profit corporation dedicated to improving the lives of older dogs through foster, adoption, education, and community. 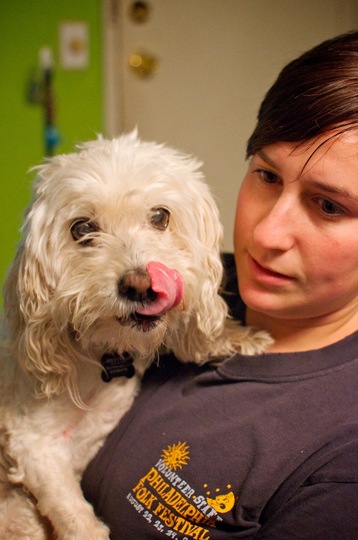 Dogs come to Muttville from shelters as well as from loving homes. There are so many stories, but here are a few.

Angel was attached by a chain to a truck, dragged, and left for dead. She was terrified of people and difficult for most potential caregivers to approach. Because of her age and her fear, she was not likely to be adopted. Sherri Franklin, founder of Muttville, took her in. She worked with Angel for months, letting her make her own decisions and take her time. After months, she began to trust and ask for affection. Angel (now known as Sadie) today lives with a doting family in Half Moon Bay and was the cover dog for Review Magazine in October 2001.

Other notable fosters include Knight, who was confined in a filthy chicken-wire cage for four to five years at a puppy mill in Kansas, until his owners had no more use for him and put him up for auction for lab research. PETA bid at the auction and purchased nine dogs, including Knight. PETA brought them all to the SF/SPCA for socialization and adoption. All were adopted except Knight, who had been so mistreated and traumatized that he would cower at the thought of going outside, could not look a person in the eye, and was unable to keep his footing on the ground because he apparently had never been let out of his cage.

Franklin brought Knight home for foster. He curled up and refused, for weeks, even to lift his head. With unfailing patience, she made slow, slow progress. Franklin painstakingly acclimated him to human contact, treated his medical problems and socialized him with other dogs. He started to respond to affection, raising his head for a pat instead of shrinking away. He learned to walk and then run on the beach. After eight months, Franklin decided he was ready to be adopted and began to interview potential homes. After turning down several potential adopters, she found the perfect guardian. Today, Knight, now known as Winston, is the apple of his companion’s eye. 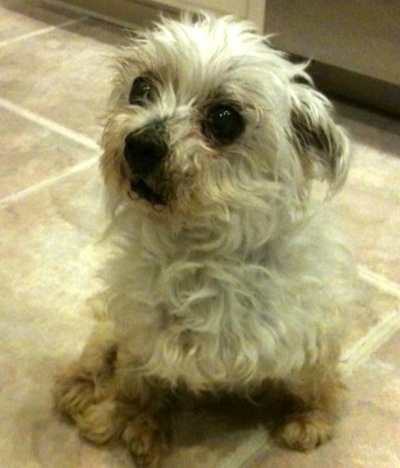 Not all Muttville dogs come from shelters. A few years ago, for example, Sherri received a phone call about a man who had gone into the hospital with late stage AIDS. He had two old dogs, Artie and Sparky. Nobody could take them. One of his last requests was that the dogs were cared for, but he hadn’t made any plans for them. Sherri took them. Sparky was very old and fragile. Artie was much younger and spunkier. She kept them together until Sparky died and then found a wonderful, loving home for Artie, where he lives now.

More recently, walking at San Francisco’s Fort Funston Park, Sherri saw a group of dogs walking with a woman. One of the dogs, a beautiful corgi mix, was lagging behind, limping, obviously very old. As Sherri got closer, she saw that a sign on his little vest said, “adopt me.” Sherri approached the woman and heard Andy’s story. Old and disabled, he had been slated for euthanasia at a shelter. But he had been a volunteer-favorite so they called a local rescue group, Animal Friends Rescue Project. The project took him from the shelter, but two homes had not worked out, and the rescuers were not sure what to do with him. They were looking for some kind of sanctuary. Sherri said, “You found her!” Andy now lives with Sherri and is a lovely addition to her pack.

There are so many stories like this, stories of dogs that have been in loving homes and have lost their guardians, or dogs who have been neglected most of their lives and are now given a death sentence at a shelter. They deserve to know love before they go – even for a little while. This is our chance to show them kindness.

Sherri Franklin, a long-time dog advocate, served six years as vice chair of the Commission of Animal Control and Welfare for the city of San Francisco. She cares for abandoned and special needs dogs from a number of rescue organizations, including Animal Care and Control, giving them hospice care or finding them loving homes. In 2004 Sherri was honored by In Defense of Animals and received The Guardian Award.

Franklin began her vocation in animal rescue at the San Francisco SPCA in 1994 as a dog behavior volunteer. As an article about her in the SPCA newsletter reported in 1997, “She also loves the older dogs, and in fact she’s got plans to make a retirement home for old, bereft dogs when she retires herself.”

In 1995, she began caring for dogs for the SF/SPCA that were considered “unadoptable” because of medical problems, behavior issues, or other challenges. Her first foster was an Akita mix whose back legs had been crushed and was thought never to be able to walk again. She walked him every day at the shelter and finally took him home; Jack the Bear lives with her today.

By now it should be apparent why Muttville was chosen as our first featured rescue for 2011 – it’s a truly special organization run by an extremely dedicated founder and very committed volunteers. With a mission and message of caring and compassion, Muttville serves a critical need in animal rescue, and not only gives our older best friends a chance at happiness, but respects and preserves their dignity in the process. In this blogger’s book, that is truly something to bark about.

0 thoughts on “January Rescue of the Month: Muttville”