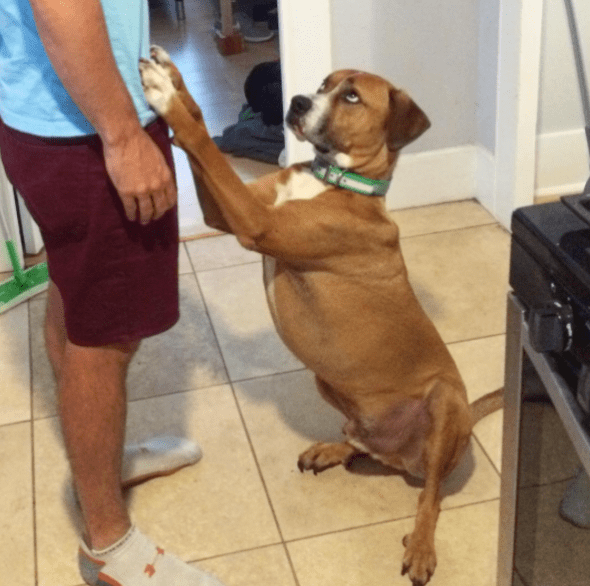 When Jasper was just a year old, he was found living on the streets.  As is very common with street dogs, no one is really sure of what it was the poor guy had to deal with in the early part of his life, but from the way he behaved, it couldn’t be good.  Austin Pets Alive, Jasper’s rescue, had the poor dog adopted out twice and returned both times.  But one day, Tom Paradis went to the shelter, and Jasper’s life would begin to change. 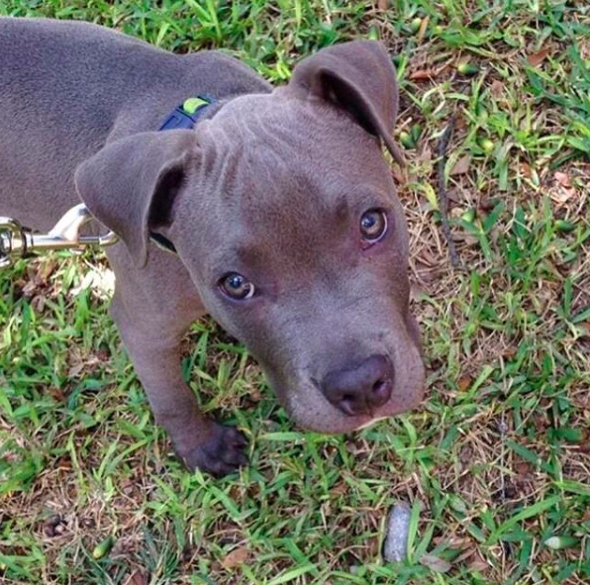 “He had been adopted and returned to APA twice before Tom adopted him, because he had such severe anxiety issues,” said Rachel Billings, Paradis’s girlfriend, to The Dodo.  “He was fearful of people, of going out on walks, riding in the car — pretty much everything terrified him.” 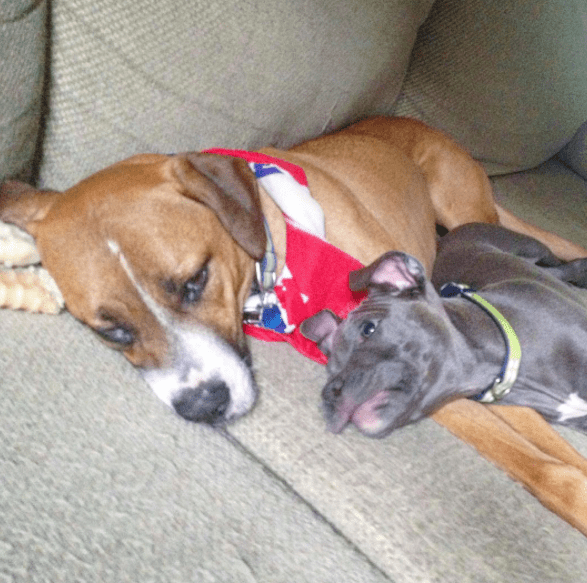 Paradis knew had to do something to help Jasper out.  That’s when he came to the idea of fostering a puppy.  Maybe having a little guy around that needs to be shown how to properly dog could be helpful to Jasper.  So, Paradis went back to APA for more information on how to go about helping out with their program.  While there, he met Ernie. 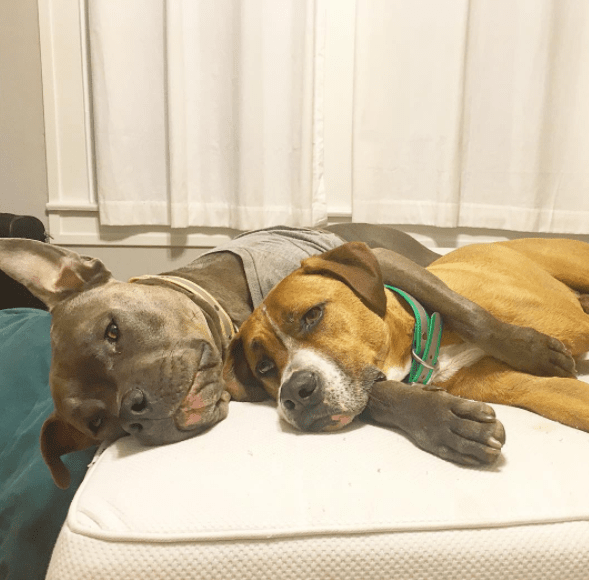 Ernie had been rescued by APA from a high-kill shelter along with his mom and siblings.  His dad was there too, but was euthanized before APA could step in.  Ernie came home with Paradis, and it took practically no time at all for Ernie to become a foster failure.  Ernie was such a happy little guy, but Jasper wasn’t too sure about this new guy right away. 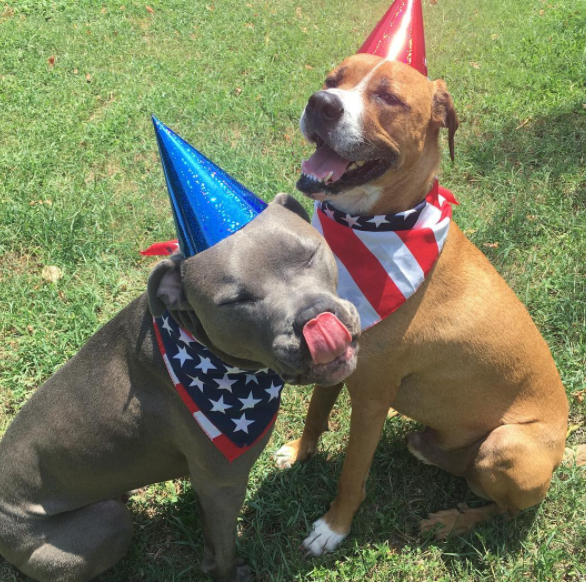 “Jasper wasn’t a fan of Ernie at first, but Tom was smitten and felt that having another dog around would help Jasper come out of his shell a little bit more, so Ernie became a permanent member of the family,” Billings said.  “Ernie is Jasper’s polar opposite — he is fearless, loves meeting new people and going new places, and LOVES attention.” 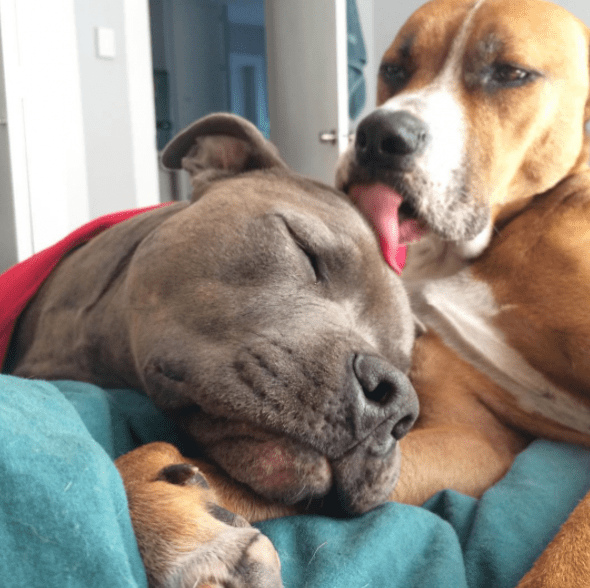 Jasper was wary of his new little brother, however, having a fearless little pup around seemed to be working.  Little by little, he started to come out of his shell.  Paradis may have thought that Jasper would like to have a younger dog to show the ropes to, but in reality, Jasper was the one who was learning how to dog, and that’s just what he needed. 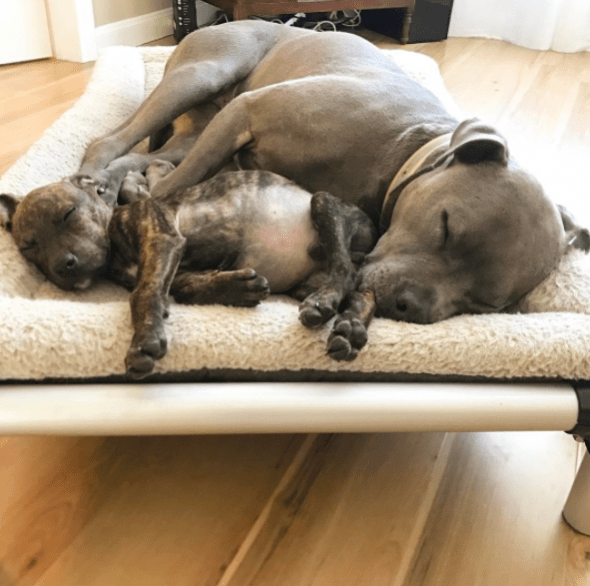 “Ernie helped Jasper learn to play and explore and just enjoy being a dog,” Billings said.  “Now, they are inseparable and Jasper is like a different dog.  He can still be fearful, but he is so much more confident when Ernie is around.” 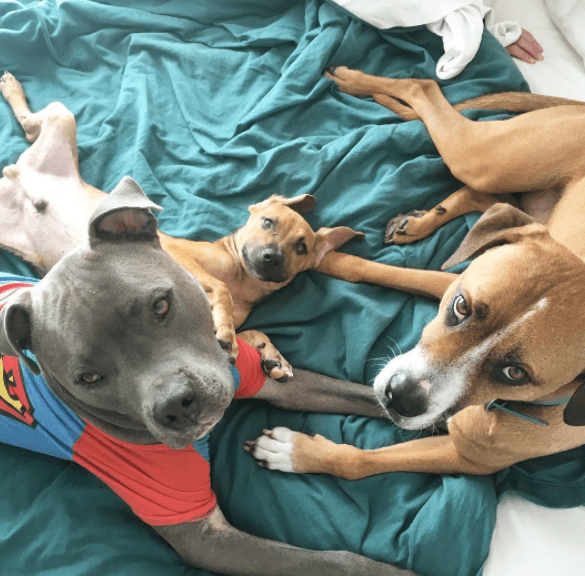 Jasper is now Six, and he an Ernie are still together.  Jasper has grown as a dog by leaps and bounds, and it’s all thanks to an adorable little puppy with a spirit that simply cannot be stopped.  Jasper does all sorts of things now that his human parents never thought he’d be doing, and he really is a happy big brother. 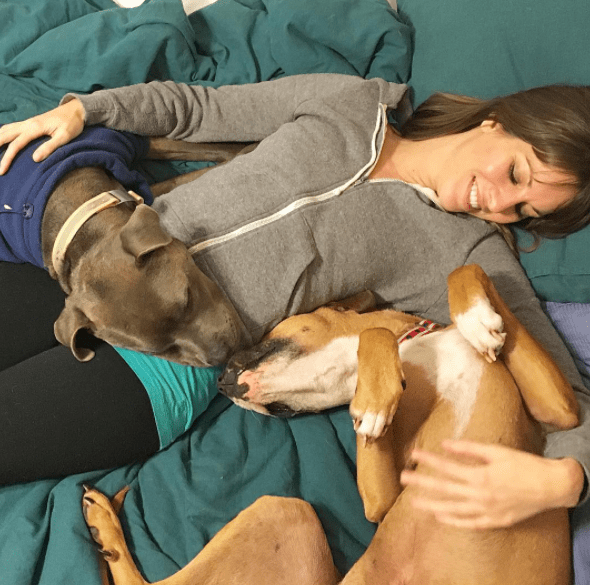 “Ernie loves going on outings with us — he thinks Home Depot is just a giant fun-house full of people who are there for HIM,” Billings said.  “We still can’t take Jasper places with lots of people and noise because it’s too traumatic for him, but Jasper is always elated when Ernie gets home.”