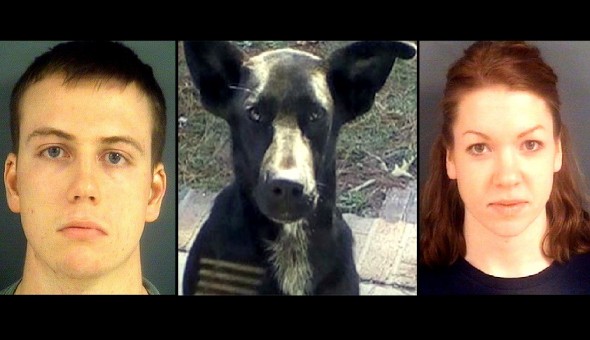 We have been asked to share Riley’s story in order to seek justice for a dog who was brutally killed by the people who were supposed to protect him – his owners.  They have been charged with his murder, but their trials haven’t happened yet – let’s make Riley’s story go viral so justice is served.

That November, Kelsey started a GoFundMe page, claiming that Riley had been hit by a car.  He apparently had a broken femur and needed kidney and liver transplants. 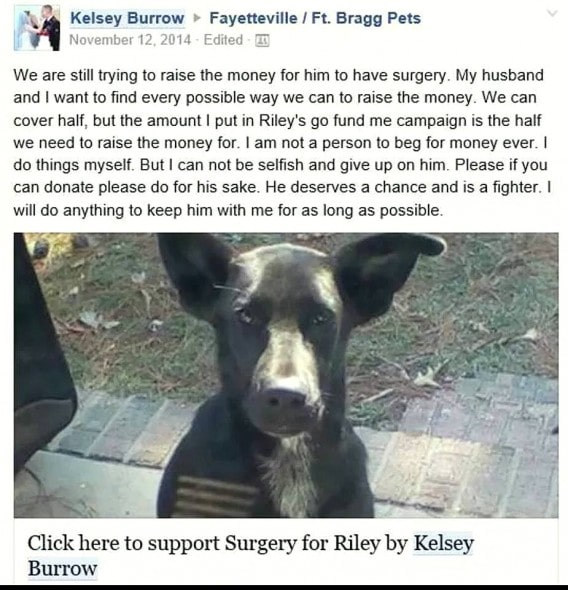 John posted on Facebook saying that Riley was being treated in Charlotte for his broken leg.

Kelsey posted on Facebook, looking for someone to watch their other pets over Thanksgiving weekend while she and John took Riley to get a new kidney and liver.

Kelsey later sent a message to a friend saying Riley died in surgery.

When his body was found in Fayetteville, North Carolina, she told the Cumberland County Sheriff’s Office that Riley had opened the latch of their gate and run away.

What the hell was really going on?

Riley hadn’t run away, he wasn’t hit by a car, he didn’t need surgery, and he didn’t die in surgery.  It’s unknown if GoFundMe shut down the page or if the Burrows actually got the money, but they definitely were trying to bilk people out of money. 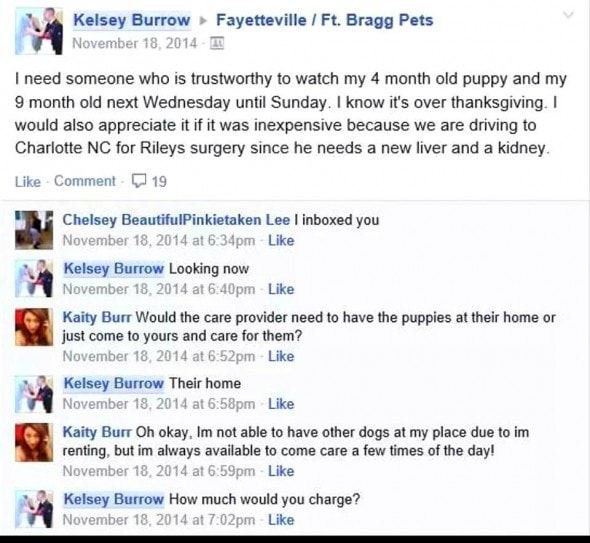 Kaitlyn Flowers dogsat during Thanksgiving for free, as she believed these people were in dire need. (See texts here.) They never took Riley in for surgery anywhere.

Sometime around Christmas, they tied his feet up with military cord, then tied his muzzle to his feet, and threw him in McFayden Lake, not far from Kaitlyn’s house.

Riley’s body was found in the lake on January 2, 2015.  A necropsy determined that he did not have any of the injuries the Burrows alleged.

During their first interview, the couple told deputies that Riley had been hit by a car after running away, and that they were told his femur was broken but that they wanted a second opinion.

In her second interview, Kelsey said that Riley had stood on their privacy fence and opened the latch on the gate, and that he wasn’t bothered by his injury.  (A broken femur would definitely do more than “bother” any living creature.) 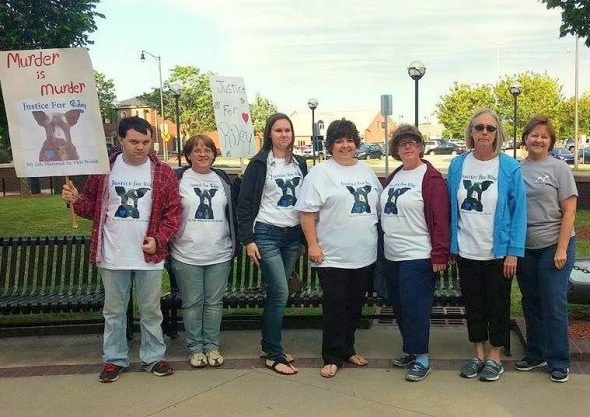 But now John is being represented by well-known (i.e. expensive) Fayetteville criminal defense attorney, David Courie.  The couple was pretty low on funds last November, and their combined $12,000 bail certainly couldn’t have helped.  So who’s footing the bill for him – the military?

John is still an active member of the Army.  Aside from having been arrested, the only punishment they have seen nearly a year later is Kelsey not being allowed to have any pets (no info about John, but they share a residence, so…). 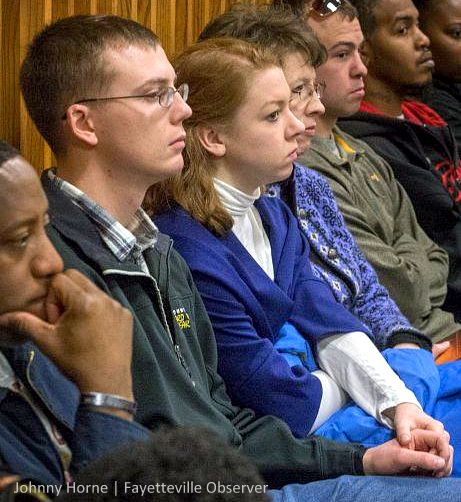 Kelsey and John’s last known court dates were in June and July, respectively.  No other sources have been located to indicate when their next appearances are.  But there’s still time to get the word out there about these dog killers.

“Katie Brown taped her dog’s mouth shut for one minute (still wrong!) and has gotten so much more exposure and penalties in just one week,” said Kaitlyn.  “This guy still has two other dogs and has not been kicked out of the army… what’s wrong with this picture?!”

PLEASE SHARE AND MAKE RILEY’S NAME KNOWN TO EVERY PERSON IN THIS COUNTRY.

For more information and updates, follow the Justice for Riley Facebook page.  You can help by signing his petition. 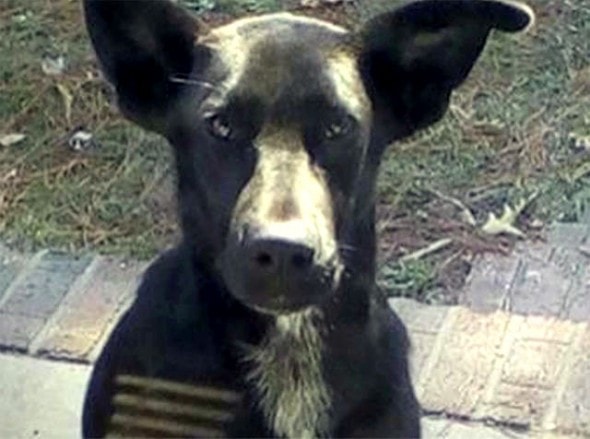 818 thoughts on “JUSTICE FOR RILEY:  Puppy Drowned by His Family”