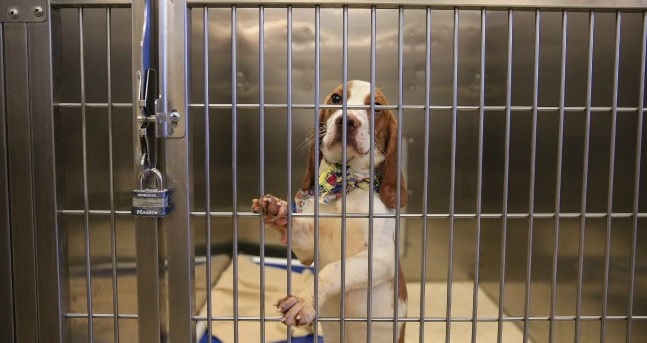 The Roice-Hurst Humane Society in Grand Junction, Colorado has what many people would refer to as a very good problem to have.  They’ve been able to clear out their kennels, finding forever families for all of the dogs that they had, that they’ve literally run out of dogs to adopt.  So, what is a shelter to do in such a situation you might ask?  Well, they take in dogs from other shelters from other counties and states.

That’s exactly what the shelter is doing right now!  Shelter Executive Director Anna Stout said that the situation there is great, and they’re all too happy to relieve some of the pressure felt by the overcrowding going on in many other places all around Grand Junction.  Stout also says that the increase in adoptions has a lot to do with some new policies and procedures enacted by her in 2015.

The first change made was one of circumstance.  They were experiencing a terrible outbreak of kennel cough, and the shelter was forced to close for a week and freeze any intakes for a short time.  The dogs were then separated and quarantined their entire roster.  After the outbreak was contained and eventually eradicated, they began intakes and adoptions. 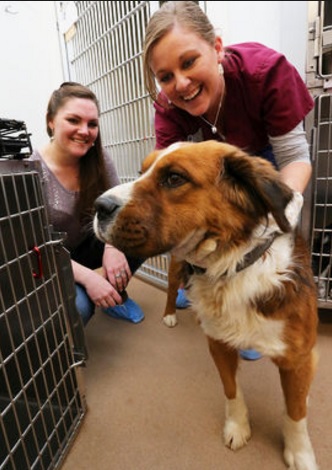 Because of the way they separated the dogs, the actual number of available dogs was cut in half.  The shelter found out that having a bit of a limited selection of available animals would result in more frequent, immediate adoptions.  The staff was allowed a larger amount of time with each individual dog and work on training and getting the dogs prepped for new families.  More direct training and care of the dogs resulted in many behavior issues some of them may have had being solved in advance.  This in turn garnered more adoptions.

The official records of the adoption rates from before Stout took over were not really tracked so they weren’t available.  However, they adopted out 524 dogs in 2016, which was a 20 percent increase.  Also, the average stay for the dogs was about 12.7 days, but many dogs were adopted in about six days from first being available at the shelter.

“We used to have a very restrictive adoption process,” said Stout.  “The policy before was, ‘Prove to us that you’re going to be a good owner.’  “We’ve turned every adoption into a chance to engage and educate the community.  We really want to make sure that transition is successful.  We didn’t want to be like, ‘Here’s your dog, good luck,’ anymore.”

The shelter has taken 237 out of state and out of county dogs.  This is triple the amount they took in, in 2015.  The shelter is happy with the success that they’ve been having thanks to all of the changes in the way they do things.  Maybe other shelters can pick up on the way they do what they do, and follow suit.

What’s the Best High-Fiber Dog Food for Your Pooch?
Dog Seizures
Satos are Puerto Rican Street Dogs, and You Can Adopt One
Top Dog Food Brands for Maltese
What’s the Best Dog Food if Your Pup Needs to Lose Weight?
Blue Buffalo
Vet Recommended Dog Food
Apoquel for your Dog