Mom came out of the bathroom this morning and didn’t know why I had a shit-eating grin on my face until she panned out with the video….. I got in big trouble…. I was GUILTY AS CHARGED!!!

When Michelle Proctor first saw Kinta, she wasn’t even sure she was looking at a dog.  She thought the animal that somehow made it onto the roof of her car was a large cat!  Upon further inspection, Proctor saw that it was a Shiba Inu somewhere between 12 and 18 months old, and in need of help.

“She looked like she hadn’t eaten in a few days, so I brought her food and water,” Proctor said to The Dodo. 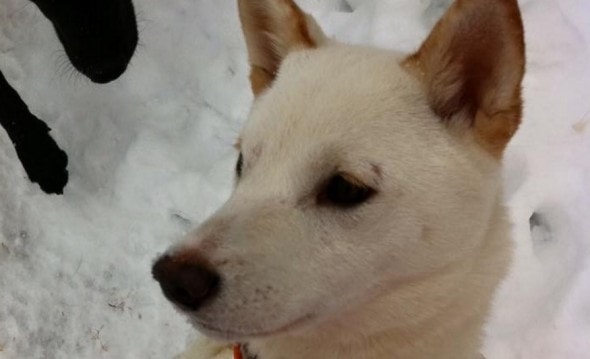 Proctor took the dog to a local vet, and a few other things were discovered.  Kinta didn’t have a microchip with any identifying information on it, and no one in the neighborhood knew if there even was a family that she belonged to.  Proctor had hoped to find out there was a family missing her badly, but that didn’t seem to be the case.

“I’m not really a gambling girl,” said Proctor.  “We had high hopes of returning her to her owner, but after two months we were certain that she was probably a reject from a puppy mill since she was not yet spayed and had a genetic malformation.  She has no nipples.” 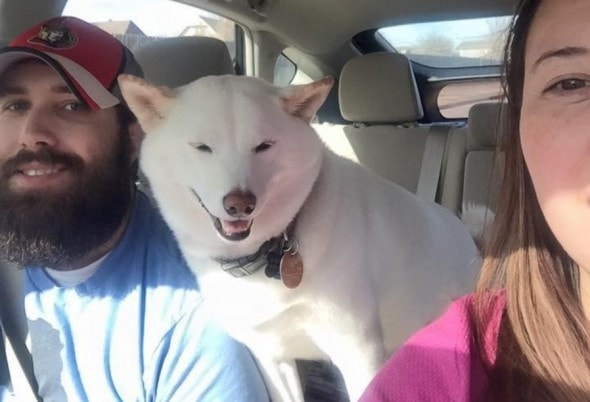 It was at that point Proctor decided to make Kinta a permanent member of the family.  She has been with the family now for about seven years, and the Proctor says that the dog has not stopped smiling ever since being adopted.

Kinta knows just how adorable she looks with her little smiles and winks.  She not only uses them to tell her family when she’s a happy dog, but also to get out of trouble. 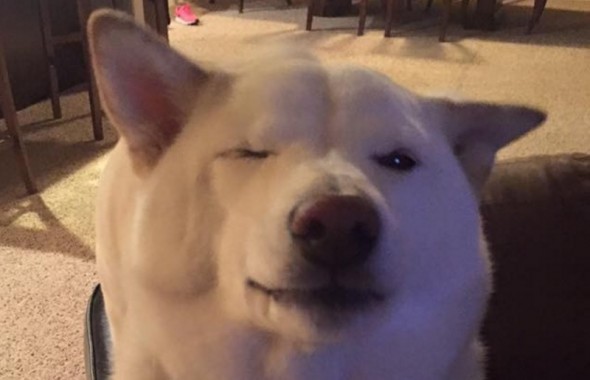 “She would make that face when she was guilty of eating our food off the table,” said Proctor.

No matter if she’s smiling because she’s happy, or just trying to cute it up in an effort to not get in trouble for snagging a snack off the table every now and then, there is one thing that is for sure.  Kinta is doing much better today as a part of the Proctor family, and she loves them very much. 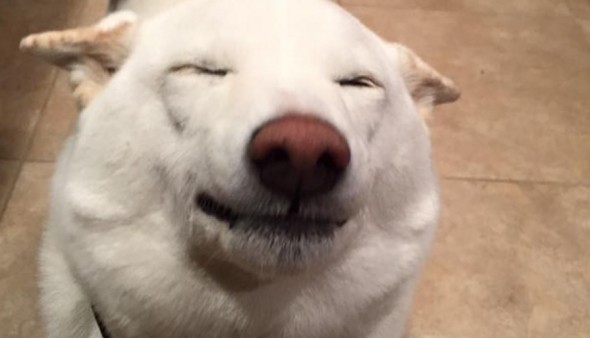