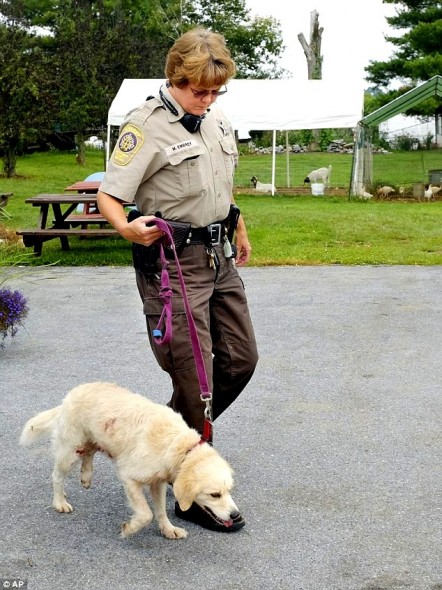 A Virginia man is lucky to be alive after he encountered a very protective mama bear in George Washington National Forest on Thursday.  She attacked him, but thankfully his noble dog intervened and they were able to get away.

Steven Krichbaum was in the woods of Hardy County, West Virginia with his yellow Lab mix named Henry when a black bear and her cubs came across their path.  Her protective instincts kicked in and she immediately attacked.

Henry took her on, giving Krichbaum time to grab a rock.  He struck her with it and the pair took off.  They stopped at a fruit market to ask for directions to the nearest hospital.  Owner Eddie Richard said they were covered in blood. 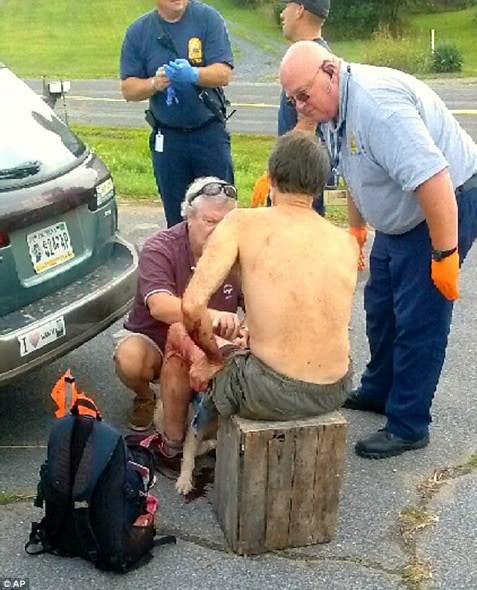 “He was really bleeding out.  He had a huge, open gash on his forearm,” Richard said.

His wife Nancy called an ambulance while she and her friend Cathy Patterson did what they could to stop the bleeding.  Kirchbaum had numerous scratches and a half dollar size hole in his thigh.  Henry was also injured, and was favoring one of his hind legs.

Krichbaum was taken to Winchester Medical Center and Henry was taken by the Frederick County Sheriff’s Animal Control to an emergency animal hospital.  Both are expected to fully recover, thanks to Henry’s heroic actions.