The body of an Ohio man was recovered Wednesday seven days after he went missing. Parley Nichols, 81 of Stark County, and his Golden Retriever Lady were found in a field outside of Hartville, Ohio. Mr. Nichols was in possession of a local newspaper dated April 7 when his body was discovered. He is believed to have died of natural causes. 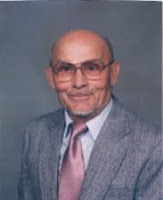 According to local officials, Lady spent a week at the side of her master, leaving only to take sips of water from a nearby drainage ditch. His body was discovered only after Lady spotted a passerby and began barking and howling . Terry Nichols expressed relief at the news that Lady had stayed with his father until the very end – and beyond, refusing to leave his side until his body was discovered.

She is now in the care of family members.