A dog responsible for detecting hundreds of cases of cancer – including her owner’s – has been awarded the Blue Cross Medal by the UK animal charity Blue Cross.

Ten-year-old Labrador, Daisy, who is trained by the charity organization Medical Detection Dogs, was awarded the Blue Cross Medal for her pioneering work in the field of cancer detection, where she has sniffed over 6,500 samples and detected over 550 cases of cancer.

As well as using her acute sense of smell to pick out chemicals given off in cancer cells in samples of a patient’s breath, skin or urine, Daisy also helped detect breast cancer in her owner, Claire, in 2009.

“I got it checked out and was told I had early stage breast cancer.

“Fortunately I was able to have it removed but if it wasn’t for Daisy it would have gone undetected for much longer and could have been more serious.”

Daisy is just one of many heroic pets to have received a Blue Cross Medal since the charity was founded in 1897. They include a cat named Jim who in 1942 saved the lives of his family by alerting them to a house fire, and a Metropolitan Police dog called Jake who received the medal in 2007 after he cleared the scene at the Tavistock Square bus bombing and helped paramedics get access to the injured.

Steve Goody, Blue Cross Deputy Chief Executive, says: “All the judges on the medal panel were really touched by Daisy’s remarkable story and the incredible difference she has made.

Daisy now helps train a team of 12 dogs at the Medical Detection Dogs head office and is a senior consultant for the UK’s first ever trial using canines to detect breast cancer.

Dr Claire Guest adds: “I am absolutely thrilled that Daisy has been awarded the Blue Cross Medal. It’s a huge honour and I am so proud of her.

“Working with dogs and using their incredible sense of smell to help fight cancer can make a real difference to the lives of so many people.”

Three runners up were also chosen from the nominations.

Watch the video on Daisy’s work and her award: 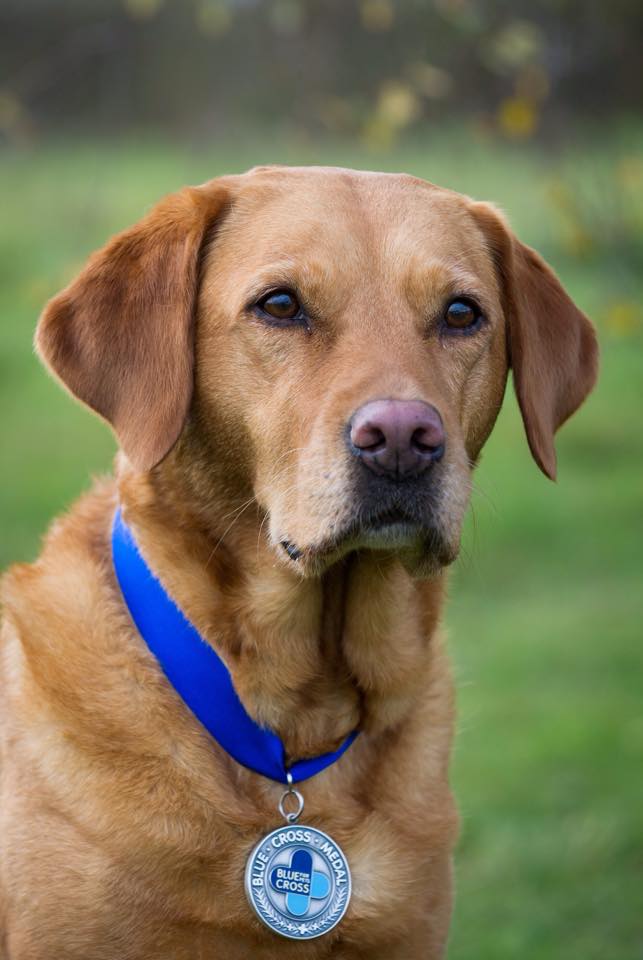