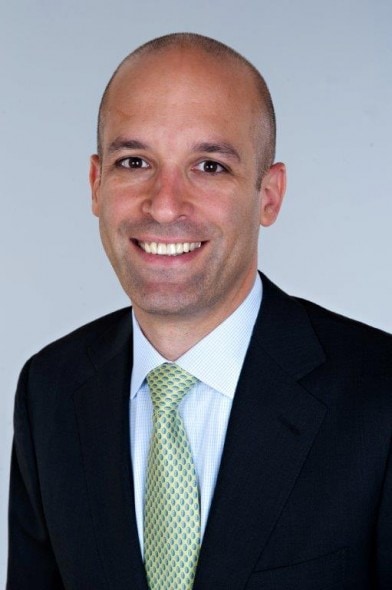 Often, some of the larger, more well established animal rights organizations have amazing influence and ability to do a great amount of good.  On the flip side of this, though, is the fact that having such a name means that they are scrutinized and criticized regarding any decisions made or not made, how money is spent, etc.

The American Society for the Prevention of Cruelty to Animals (ASPCA) is one such organization that has done incredible work throughout history promoting animal rights, rescue and adoption but also has many critics in animal rights circles.

Whether you are a fan or a critic, the following interview may help you to better understand who the ASPCA is and what they do for animals. We are honored to feature an interview with ASPCA’s President and CEO Matt Bershadker:

I know the ASPCA has a rich history of advocating on behalf of animals and supporting rescue work.  How has the ASPCA evolved over time? Have there been changes in the organization’s focus?

“While we’re proud of our heritage as the country’s first animal welfare organization, we recognize that change is necessary as society evolves, needs grow, cultural perspectives shift, and cruelty takes newer, uglier forms. One of those changes is a dramatic expansion of our anti-cruelty work in the field as well as in the courts.

Some of our most effective and impactful work comes through the dedication of our Field Investigations & Response team, which provides skilled support to municipal, state and federal agencies during large-scale puppy mill seizures, animal cruelty interventions, dog fighting raids — like the huge ring we helped break up  in the South last August — as well as natural disasters, like last year’s Hurricane Sandy.

And just last month, we launched a major partnership with the NYPD. Starting in the Bronx, the new arrangement has the NYPD and the ASPCA each doing what it does best – the NYPD using its size and scope to intervene in cases of animal cruelty and to immediately arrest offenders, and the ASPCA seizing and caring for abused animals. Unique ASPCA staff members – some with extensive police and trial experience – will also be training and consulting the officers on a regular and in-depth basis.

Finally, in March, we announced the opening of the ASPCA Behavioral Rehabilitation Center at St. Hubert’s Animal Welfare Center in Madison, N.J., the first-ever facility dedicated strictly to providing behavioral rehabilitation to canine victims of cruelty, such as those confiscated from puppy mills and hoarding cases. The Center’s findings will be the basis of a research study that will be shared with shelters and rescue groups across the country.

One thing all these initiatives have in common is that with each crisis, idea, response, opening, and initiative, these teams gets stronger and smarter, and we will continue to evolve in any way necessary to serve our mission.”

What are the ASPCA’s primary goals right now and how are they being implemented?

“Our primary goal is to end animal homelessness, suffering, and cruelty. But we approach that goal from many angles.

For example, in the world of anti-cruelty this year, we played a leading role in the second-largest dog-fighting raid in U.S. history, and continue to fight puppy mills and discourage pet store purchases that keep such mills in business.

Our Community Outreach department not only supports local shelters and clinics around the country, but specifically — and crucially — encourages innovation and collaboration through its very successful national Partnership program and initiatives like the ASPCA Rachael Ray $100K Challenge.

A lot of our work happens not in hospitals, adoption centers, and shelters, but in government offices. Our Government Relations team continues to lobby state and federal leaders to take and champion strong pro-animal welfare positions. We’re currently watching a New York State bill that would allow New York towns and cities to create community-specific animal welfare laws, which we believe will do a better job than state laws at cracking down on puppy mills and animal cruelty.

We also continue to help New York City animals day by day, case by case at our ASPCA Animal Hospital, which is also the location of our city Adoption and Spay/Neuter services.”

Are there any new projects or efforts that you would particularly like to highlight?

“There are probably too many to mention in one interview, but let me offer a few.

I’m particularly proud our new partnership with the NYPD to improve and expand humane law enforcement. We’re early in the process (it began on September 1), but it’s off to a very positive start. Among the offenses that have already resulted in arrests: neglected pit bulls (who may have not eaten for three to four weeks), the attempted drowning of a young cat, and dogs trapped both in a car and in a crate on a fire escape.

We’re also planning to launch a brand new ASPCA smart phone “app”, a simple but vital tool that serves up, among other things, disaster preparation tips and ways to store a pet’s vital information.

We continually monitor the dogs we rescued in the August dog-fighting raid, and keep our audience updated. The ASPCA has provided daily care and sheltering for 308 dogs from the raid at a temporary shelter. Recently, an additional 16 dogs were surrendered by two defendants in Texas and Alabama involved in the case. We can’t undo the horrific tragedy, but we’re doing all we can to help these animals recover and readjust. You can follow their progress right here.

I’m also glad to say that renovations are finally nearing completion at our ASPCA Animal Hospital, which now has expanded capabilities to handle cases of abuse, and to deliver spay/neuter services more effectively than we have in the past. Our focus, more than ever, is to direct our services to animals — and owners — most in need.

As we finish the year and move into 2014, we’ll be sharing more new initiatives and new areas of focus for the organization, so please stay tuned. I’m really excited.”

So you guys are doing a lot to fight against puppy mills. How is this going and what is currently being done?

“Our ASPCA Field Investigations and Response Team has rescued countless dogs from puppy mills across the nation and aided in the prosecution of their owners. We’ve also been active in drafting and promoting legislation that would strengthen meaningful regulations and raise minimum standards of care for dogs in puppy mills, like we did in Missouri and Pennsylvania. But a lot of the work depends on public awareness – encouraging people not to buy puppies at pet stores, and to learn the truth about puppy mills.

We developed a No Pet Store Puppies campaign that aims to reduce the demand for puppy mill puppies by urging consumers to pledge not to buy any items — including food, supplies or toys — from stores or websites that sell puppies. In June, we added an online tool that allows consumers to link pet stores that sell puppies with USDA-licensed commercial dog breeders. The database contains more than 10,000 photos of commercial dog breeding facilities, which not only show conditions that violate federal law, but also conditions that are legal but that the ASPCA — and the general public — consider inhumane.

Even though momentum is moving in the right direction, there are still hundreds of thousands of dogs suffering in the puppy mill industry nationwide. So we continue to tackle puppy mills on both the state and national levels. The good news is that recent national media attention has created strong momentum, and the ASPCA has seen a spike in legislators’ requests to help draft, introduce and pass puppy mill legislation.”

I know that some of our readers have expressed concern over the ASPCA’s euthanasia policies. They worry that you guys turn to euthanasia too quickly in cases of aggression or medical conditions. What is the euthanasia policy? How do you determine when an animal must be euthanized?

“The ASPCA makes every effort possible to rehabilitate and find appropriate placement and loving homes for animals that come under our care. We have a very strong track record of rehabilitating animals from cruelty thanks to our team of animal behavior and veterinary experts who specialize in treating abuse victims and preparing the animals for placement.

Our experts evaluate each animal on an individual basis. In situations where an animal’s severe behavior or medical issues cannot be resolved with treatment and rehabilitation, euthanasia is considered to spare them further suffering. The animal’s quality of life is always our top consideration, and we view euthanasia as a last-step option.”

Along those lines, I saw that you are actually working to create “partnership communities,” building communities in which there is no euthanasia of animals simply because of a lack of resources. How are these communities chosen and how are you guys supporting them?

“I think you’re referring to The ASPCA Partnership program, which brings together major animal sheltering agencies in a specific community, and supports them with financial resources, training, and a data-driven plan to increase the locality’s overall “live release” rate. After a period of time, these Partnership communities graduate from the program to sustain themselves independently. Communities are chosen on the basis of need and on the willingness of local agencies and operations to collaborate. I’m happy to report that the program has had outstanding success in empowering localities to better protect and save their community animals. You can see and follow those communities here.”

How can our readers become more involved in what you are doing?

“Beyond adopting a pet yourself, the best way to get involved is to support your local shelter financially or with your time and energy. Just call them. Trust me – they’ll have something for you to do. You should also stay aware of the best ways to keep your pets safe and healthy, and share what you learn with friends and family.

And if you see animal abuse of any kind, immediately report it to police, a local shelter, or your local animal control center.

ASPCA.org has many ways to keep you informed and updated with blog posts, videos, adoption information, and a ways to get involved. But we also invite you to follow us on social networks including Twitter and Facebook.

And if you have a smart phone, keep an eye out for a brand-new ASPCA app — a must-have tool for all pet lovers — launching later this month. More than just cute photos of dogs and cats, it’ll provide real information and tools to help keep your pet safe.

Dogs and cats in trouble can’t complain, write to politicians, blog, post, Tweet or simply say, “please help me.” That’s why they need a voice, and all of our help. And we can all step up.”