How do dogs behave when their ability to exert self-control is compromised? Are they more likely to approach dangerous situations or stay well away? According to a new study by Holly Miller, from the University of Lille Nord de France, and colleagues, dogs that have ‘run out’ of self-control make more impulsive decisions that put them in harm’s way. The work was just published online in Springer’s Psychonomic Bulletin & Review. 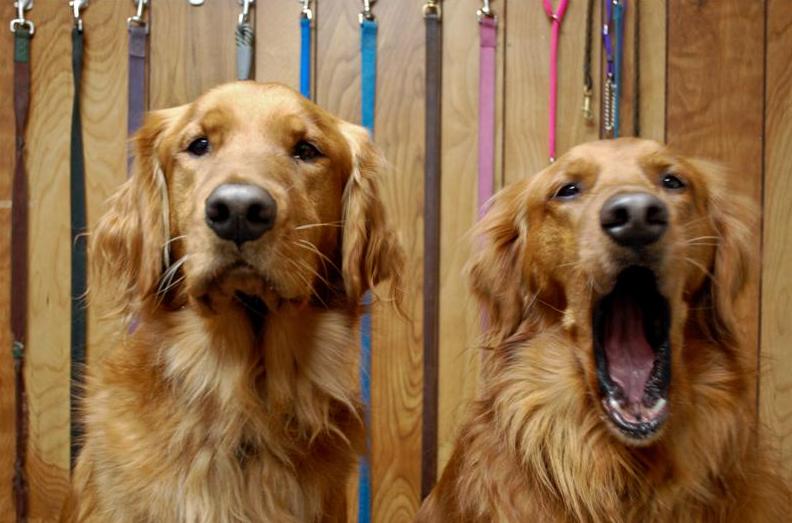 To avoid danger, people often exert self-control over their behavior. When they do not and they behave more impulsively, they may unintentionally put themselves in dangerous situations e.g. pedestrians jaywalk across busy streets, children stick objects into electrical outlets, and teenagers join dangerous gangs. Miller and colleagues’ work is the first to demonstrate that this phenomenon of ‘self-control depletion’ also has significant behavioral implications in animals: mentally fatigued dogs do not think straight and are more likely to inadvertently subject themselves to risks that may result in physical harm.

The researchers recruited ten dogs and trained them to sit still for ten minutes, thereby exerting self-control; or not, by putting them in a cage where they were free to move around. Afterwards, the dogs were walked into a room in which a barking, growling dog was caged. The dogs spent a total of four minutes in the room but were free to choose where in the room they spent their time. Although approaching the other dog was the natural response for the dogs, it was also the riskier choice.

Miller and team conclude: “The present research provides evidence that the phenomenon of self-control depletion, once believed to be uniquely human, can be found in dogs. Using work in animals may provide a greater insight into the physiological and neurobiological processes that affect self-control.”