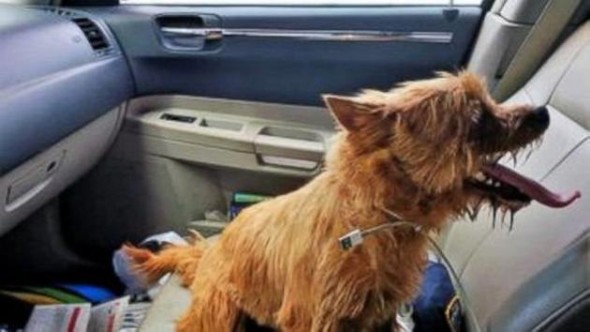 While Garrick Quinones was driving his limo over the Brooklyn Bridge recently, when he saw a small dog dart under a moving car.  Being a dog lover, he stopped dead and got out of his vehicle to help, and rescued the dog from what could most certainly have been a very bad ending.

“I was so surprised that I pulled the car over,” Quinones said in an interview with ABC News Today.  “I just could not believe that in the middle of the roadway that there would be this dog.  I was thinking, ‘Wow this dog is like Toto from the ‘Wizard of Oz’ — a red-haired version, an adorable little dog.  I knew he needed help and I felt compelled to do it.”

Quinones used the cable from his cell phone charger to fashion a makeshift leash.  He, and someone else that stopped managed to get a hold of the dog, and get out of traffic.  Being that this is the Brooklyn Bridge in New York, one could imagine the traffic. 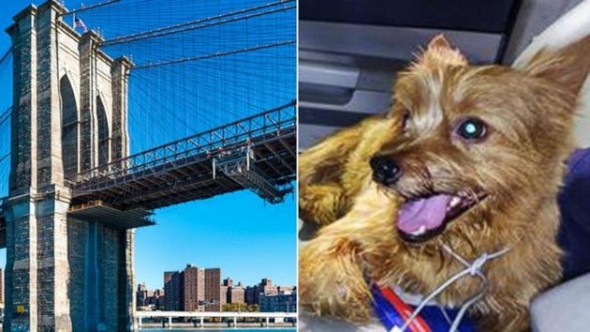 “At first, the dog was a little nervous and wouldn’t let me grab his paw,” said Quinones.  “He was a well-kept and very nice and affectionate little guy.  He was really friendly.  He licked my hand at one point and was really grateful.”

After getting the dog into his limo, Quinones got the dog some fresh water, and noticed that there was no collar or ID tags on the dog at all.  So, he brought the dog to the New York Police’s 19th Precinct.  That’s where it was discovered that the dog did have a microchip, and the owners were contacted.

“I’m so happy,” Quinones said.  “He’s such a nice a little dog.  I just didn’t know how the heck this little guy got there.”