Back in February, the Cincinnati Zoo had a problem that could have been very difficult to deal with: a Malayan tiger whose maternal instincts didn’t kick in abandoned her three cubs, and there were no other nursing tigers to help.  However, thanks to the help of an Australian shepherd called Blakely and some very dedicated zoo staff, Chira, Batari and Izzy will be just fine. 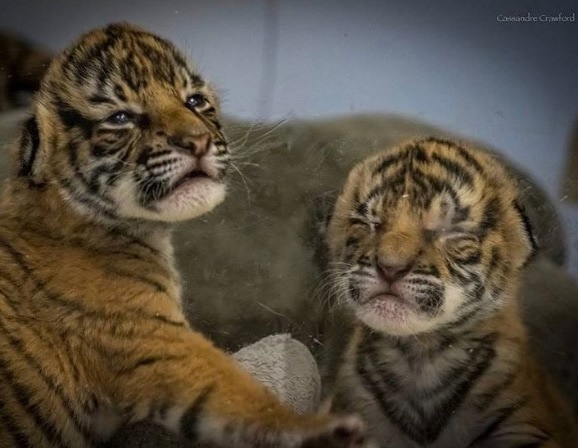 The three female cubs born on February 3rd are amongst the very last in the world.  The current known population of Malayan tigers worldwide is under 500, so staff at the zoo knew that it was imperative to do whatever was necessary to help them for the preservation of the species. 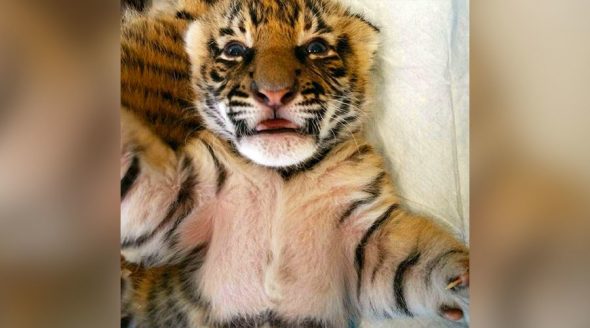 That’s  where six-year-old Australian shepherd Blakley comes in.  Last year he became a dad to cheetah cubs whose mother died due to delivery complications, and has helped rear other cheetahs and ocelots.  Trained to be a nanny since he was a youngster, he is always willing to help out any pups, cubs, or any other baby animal who needs him.  He always has room in his heart for more. 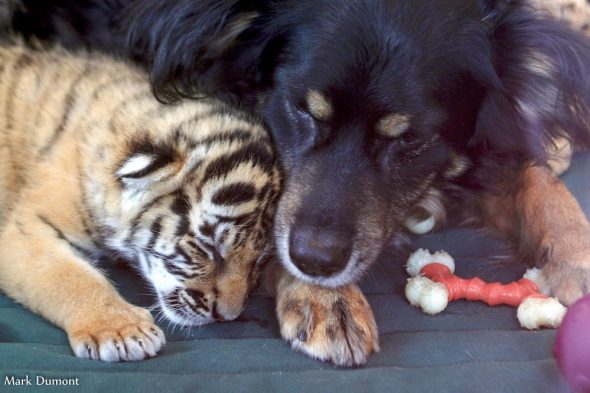 But he doesn’t just take care of animals who look similar to him –  he’s helped raise takins (goat-antelopes), warthogs, wallabies, skunks, and even a bat-eared fox!  Blakely is most definitely an awesome dog, and without him, so many of the babies at the Cincinnati Zoo might not have made it.