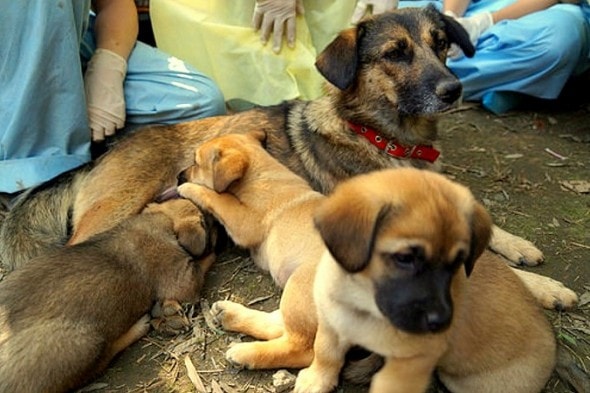 A mother dog and her six young puppies were maliciously buried alive on the campus of a university in China, but miraculously, a group of students heard their muffled cries and saved all of their lives just in time.

The students at western China’s Lanzhou University were in for the shock of their lives when they heard the frantic cries and barks coming from underground. 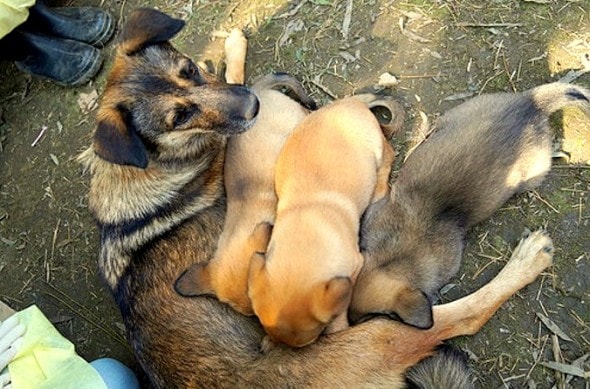 They quickly dug up the loosened soil and unearthed mom and all six of her nursing puppies.  The dogs had to be kept secret, so the heroic students hid them on campus and snuck them food.

When the puppies grew big enough to start wandering around, the students called Animals Asia for assistance.  The organization had room for the family at a nearby facility. 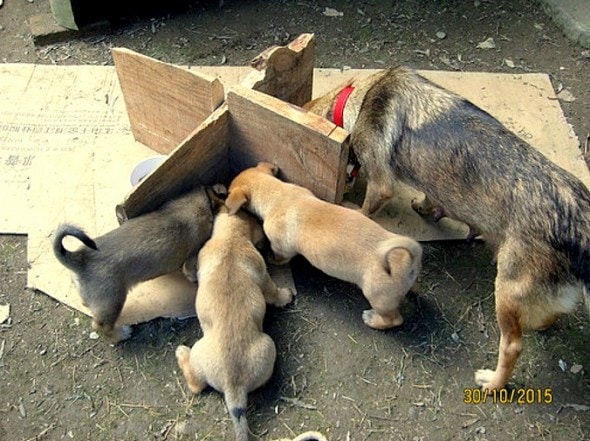 Everyone was amazed that despite the horrific treatment they had endured, all of the dogs were still so trusting and good-natured.

Before long, the puppies were weaned and eating solid food, and were ready to be adopted.  They all found loving homes in the UK (hopefully mama did, too)! 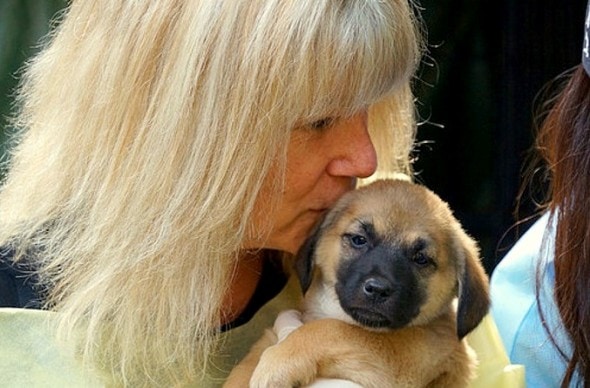 Dog food for beagles
Cephalexin for Dogs
Dog Emotions
Best Flea Treatment for Dogs
Diabetic Service Dogs
How to Raise a Puppy: Recommendations from a Vet
Best Dog Foods for Pancreatitis
How Much Is Dog Insurance