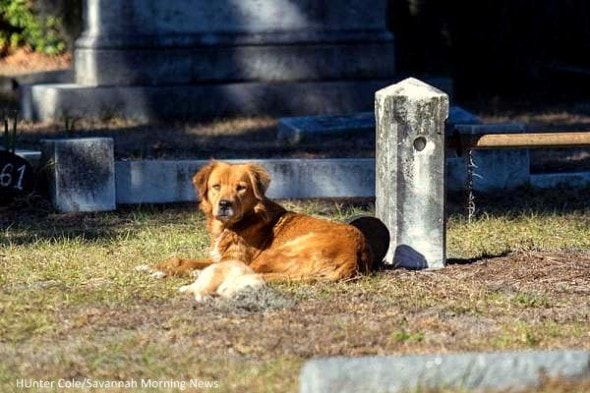 Despite temperatures dipping below freezing, a stray Savannah, Georgia dog has been unwaveringly holding vigil in the graveyard where she buried her deceased puppy.  Now everyone is doing what they can to catch her and get her inside.

Hunter Cone, a 15-year-old photographer, was on an assignment to find a specific monument in Laurel Grove North Cemetery when he came across something else instead.

“I was walking through Laurel Grove cemetery… I looked over and saw a dog. I thought it was a statue because it was so still,” he explained to Savannah Morning News.  “I looked closer and saw a dead puppy and realized it was a mom mourning the loss of her puppy.”

Hunter and his mother Jennifer brought food and water to her, but she wouldn’t let anyone come close to her or her puppy.  Hunter posted photos of her on his Facebook page, and word quickly spread. 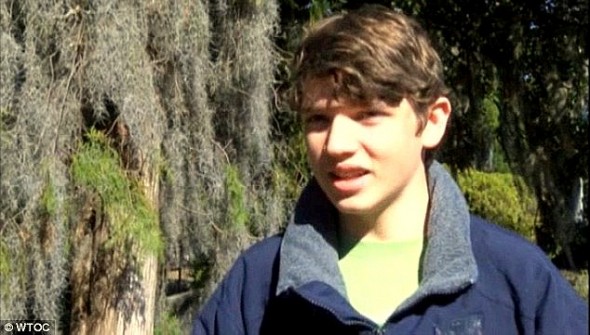 “I’ve gotten tons of messages,” Hunter said.  “When one person shares it, it goes around pretty fast.”

He and his mom have been visiting the dog every day until she will let them rescue her.

“The dog ran off [Wednesday], we found it [Thursday], and saw she had buried the pup under a bush and she was sitting near the puppy still,” Hunter said.  “I’ve seen before how mothers treat their puppies, but this is different. She is sticking around, which leads me to believe it must be her last puppy.”

Hunter is worried about what will happen to the stray mama, because laws in Chatham County prevent local rescue groups from taking her, and that all he can do is take her to animal control.  The thought of having a grieving mother dog to the pound is disheartening.

“I wish the laws were different. … This is going to be a process,” he said. 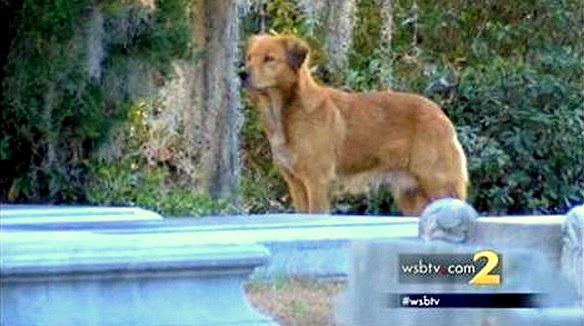 But Savannah-Chatham Animal Control Officer Christina Sutherin, who was featured in another of our stories, said her department and other citizens have been working to catch her for a while.  On Tuesday, a dog she’s been spotted running with was captured.  AC was called on Wednesday about her, but they were inundated with other urgent calls and were unable to respond.  As of Thursday, they were still working to catch her.

“Everybody is concerned about her,” Sutherin said. “We are, too.”

Sutherin is worried that the dog might have other puppies, but so far no others have been seen, so the focus is on getting her inside where it’s warm.

“I mean, the dog braced through the cold, starvation and thirst to stay with its dead puppy. I don’t want there to be another dead dog in the cemetery. As ironic as it sounds. It’s still very sad,” Hunter said.  “If this doesn’t prove that dogs have feelings just like humans do, I don’t think anything else will.”