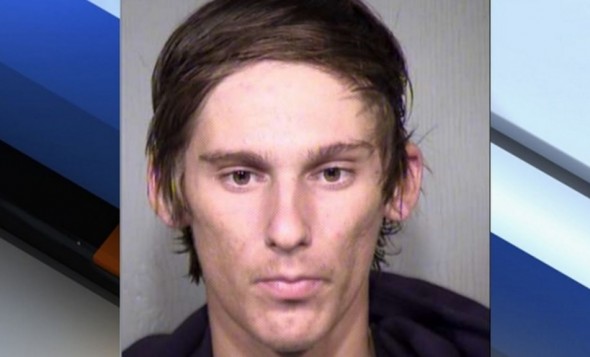 Police in Peoria, Arizona are reporting that a man suspected of breaking into multiple cars in the area was apprehended after a man was tipped off to his presence by his dog.  The man opened his garage door, and his dog started barking at his truck rather urgently.  He discovered someone breaking into the truck, and was able to detain the thief for police.

The incident took place around 10:15PM on October 10th.  As the man went around the truck, he could see the legs of 20-year-old Tibor Balog sticking out it.  Balog took off running, but slipped on some rocks just outside the garage.  Between the dog and the homeowner, they were able to holed Balog and call police.

The police reports say that when questioned, Balog said that he was breaking into cars for any change or sellable good in them.  He claimed that he needed the money for food and for drugs.  The reports also show that Balog had checks belonging to someone in the neighborhood on his person at the time he was picked up.

Balog faces many counts of burglary, and further investigation may yield even more charges before everything is said and done.