David Bahnson, a retired orthopedic surgeon from Vermont, wanted to figure out a way to be able to include his dogs in his hobby of kayaking.  So, he designed a special kayak with them in mind, and the results are quite awesome!

“They seem to love it,” said Bahnson.  “They get excited when we’d pull the kayaks out and see that we were going.”

He says he got the idea from one of the dogs!  No, they didn’t magically tell him what to do, he saw how easily Susie (one of the dogs) fit into the baggage compartment of one of his kayak.  All he really had to do was install a ring around the opening, so the dogs could stay cozy and dry while on the lake.

With the success he had with Susie fitting so nicely into the baggage compartment, he decided to make another modification.  After making another “baggage hole” in the kayak, and adding another ring, Ginger (his other dog) could be included as well. 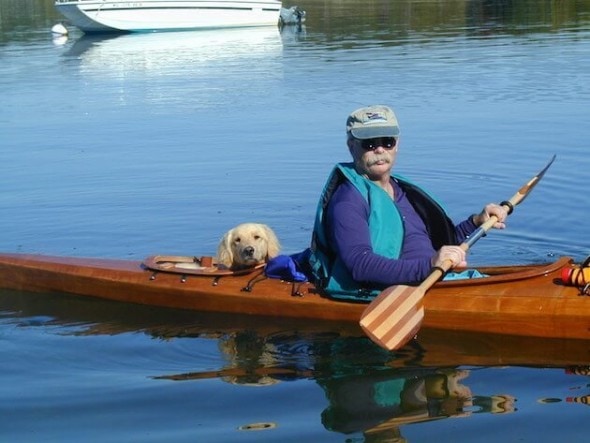 “When we got Ginger, I just put in another hole,” said Bahnson. “It’s like a triple kayak, only there isn’t enough room for the paddlers to put their feet — but it’s perfect for a dog.”

The dogs are just so happy to be able to spend a bit more together time with their humans.  Other people try to take their dogs with them in the kayaks, but none are quite as successful.  With a little bit of ingenuity and a few tools, the family floats, together!

“We’ve seen other people kayaking with their dogs, but they usually have them in the cockpit with them. That’s kind of awkward, so this just worked out better,” he said. “They each have a little dedicated space, and they just sit and enjoy the ride.” 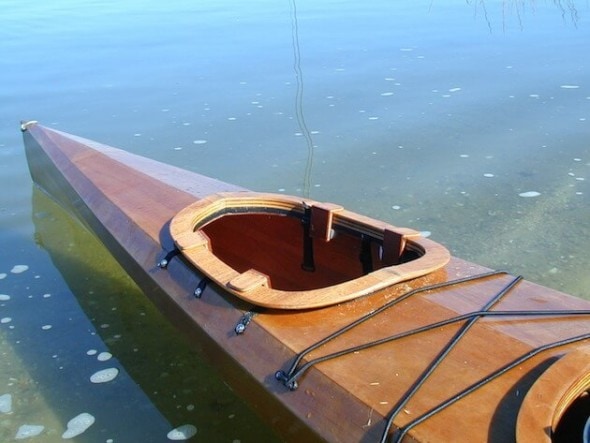