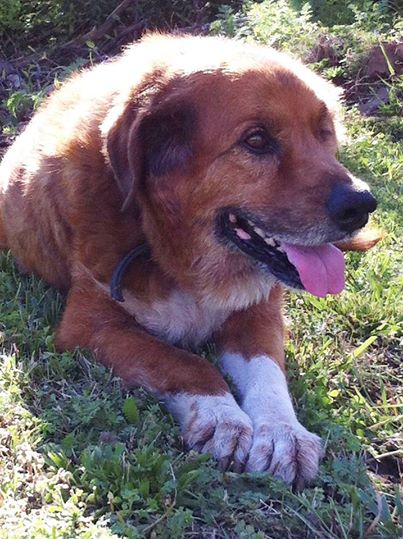 Captain Ron is a senior rescue dog who became separated from his human in Tennessee about two years ago.  He wound up at a sanctuary for dogs, and that’s when his former human just happened to see Captain Ron featured in photos on the sanctuary’s social media pages.

Captain Ron grew up on a farm with cows, sheep and a family that loved him very much.  He went missing from the farm about two years ago, and despite all their efforts, his family never managed to find him.  According to Old Friends Senior Dogs Sanctuary, Ron was picked up as a stray, and they stepped in to rescue him because of health issues.

“He was picked up as a stray, and because he was a senior with some health issues, he would not have made it out of the shelter alive once his three-day stray hold was up,” said a post on the sanctuary’s Facebook page. 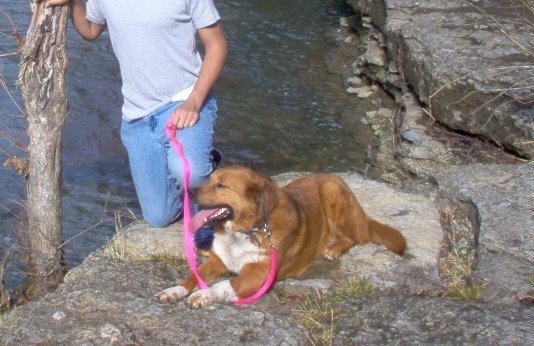 Captain Ron lost an eye due to Blastomycosis, which is a fungal infection of the eye.  He’s actually really luck, as the sanctuary explains, that they were able to get to him when they did.  Many dogs in his condition are euthanized instead.

“We are so happy that we were able to tell Captain Ron’s original owner that Ron is doing great.  They obviously loved him and cared deeply for him,” said sanctuary staff in the same post.

Captain Ron was unable to be returned to his family, as they have moved very far away from the area, and they just knew that they wouldn’t be able to provide him with the same quality of life he’ll have at the sanctuary.  Besides, he looks so happy in his photos on the sanctuary’s Facebook, and they didn’t want to interrupt that for him.