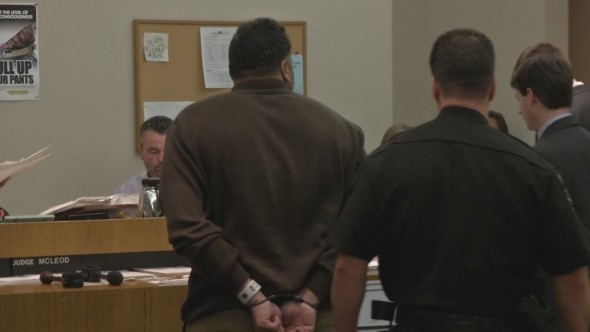 Edward “Boo” Bishop of Buffalo, New York has been convicted on dog fighting charges for a second time.  The man was arrested in a raid and seizure that took place about 16 months ago that forced him to answer to more than 20 charges, including one for every dog removed.

At first, Bishop only faced seven felony charges of dog fighting.  However, once the ASPCA of Erie County and law enforcement conducted searches on six locations tied to Bishop, the number of charges jumped up considerably.

After 16 months in and out of court, and some evidence gathered in the raid being thrown out as being outside the scope of the search warrants, Judge Thomas P. Franczyk convicted Bishop one only one of the counts.  In his decision, he noted that even though all of the dogs taken did show signs of former fighting, only one of the dogs was fully trained to fight, and was very obviously in a fight recently.

The judge also noted Bishop’s prior conviction in 2010.  He was found guilty of sponsoring a dog in a fight for profit, and served 30 days with two years of supervised release.  In the current conviction, Bishop faces up to four years in prison, and he is set to be sentenced on February 17th.