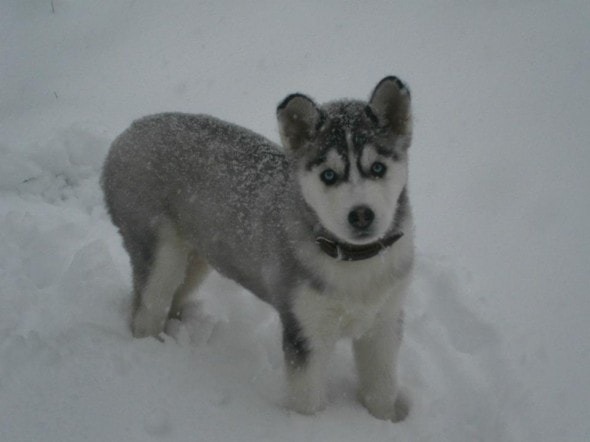 Facebook has once again been a chief component in finding a bereaved owner’s missing pet.  When a UK father of two had his six-month-old husky dognapped, he turned to the sovereign of social media to get her back.

Paul Richardson of South Herefordshire had driven down to Bude, where he was standing up as best man in his friend Tom Dawes’ wedding.

“Rose’s Cafe n Bude is the bride and grooms cafe and we were in and out, and Ash was with us fetching and carrying; in and out, in and out – and then just out – I could tell she’d been taken.”  Paul said.  “Ash is gentle – and huskies are renowned for being sociable with people, so she would have been easy to take – I’m a dog person and dog people know someone taking your dog is the same as someone taking your child.  Ash is six months old and she’s never left my side – so I knew what had happened.”

Knowing how quickly word travels on the internet, Paul took to Facebook and set up a page called Find Ash.  Before long, thousands of people were on the lookout for her.  After having been missing for four days, Paul received a tip on where his Ash was.  The police were notified and he was soon on his way to get his fur-baby back. 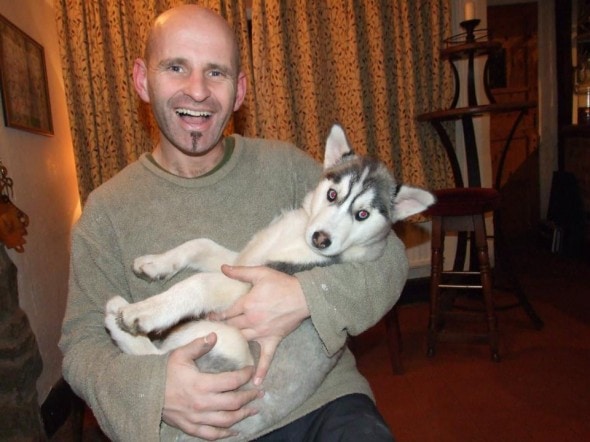 “Ash is absolutely fine – apart from the indignation of being given a pink collar and being called Princess!”, Paul remarked.  “Not very suitable for a dog which can pull three times its weight and stand sub zero temperatures!”

A 24-year-old man was arrested in connection with the dognapping, but his name has not been released.

Once Paul and Ash were reunited, this message was posted on the Facebook page:  “To ALL the beautiful people who have liked / shared / followed / commented / talked / looked and felt with me over the last week I send my thanks and love.  We arrived home late last night emotionally drained but ecstatically happy.  Ash greeted my son and daughter with unreserved love and excitement before chasing round the house checking all her things (toys / bed / bowls / garden / fireplace) and then fell fast asleep by my feet on her favourite beanbag …… we are about to set off on the familiar walk to the workshop, a walk I would not have been able to make without her …. thank you, Paul x”