If it hasn’t happened to you, there is at least one person you know that has just had it with a job.  Some people are living that way right now, but go back day after day for various reasons.  Well for Matt Hein, that type of life will no longer do.  He’s left  a high paying job in finance, to walk dogs in the woods.

“You have to get in in the morning before your boss, and you have to leave after your boss because that way your boss thinks, you’re working much harder than you are,” said Hein.  “It’s a competition for who can be sat at their desk pretty much wasting their life.  That’s not a way to live your life.”

Now Hein walks dogs in in the woods, in Norway.  This career change so far has yielded great results for him.  Hein is finally a happy guy.

Fredrik Harper, a Norwegian filmmaker, made a documentary on Hein.  The film Portrait of a Dogwalker gives a glimpse into Hein life, and why he left a high paying finance gig to see if there was a happier life for him somewhere for him.

Norway apparently doesn’t really have much in the way of dog walking services.  Noticing the shortage in such things, Hein decided to start there.

“I thought, wow, there’s an opportunity here. I’d love to be out there five days a week,” he said in the film.  “I basically get paid to be an adventurer and hang out with dogs.  It’s so easy to think in our heads, ‘Oh, I can’t do this because I’ve got this and I’ve got that,’” he says. “No! Just change.”

For now, Hein is happy.  Hopefully he will be for a long time. 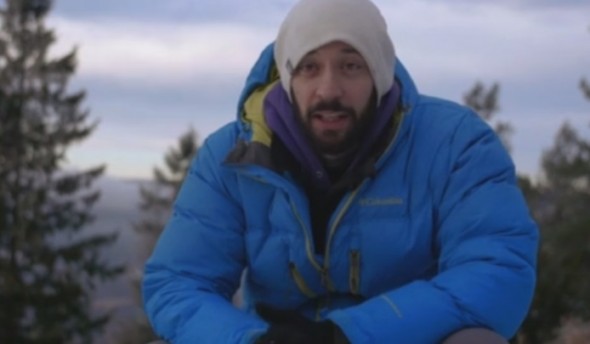