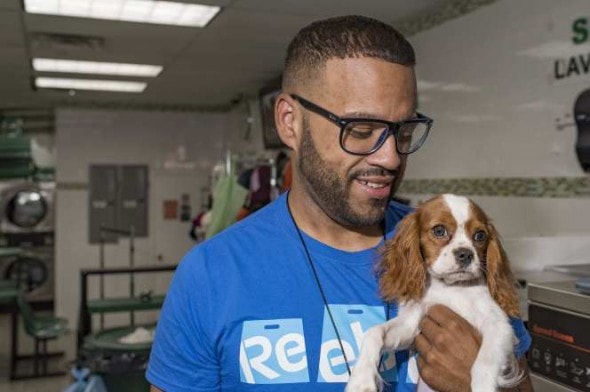 Braille Espinal is the owner of Knickerbocker Laundry Station in Brooklyn, New York.  This week, he had his new puppy Pippen stolen from him while at the laundromat, but thanks to a good Samaritan, Pippen is back with his rightful family.

According to Espinal, “A guy brought him back.  He said he bought the puppy off the street from someone Monday night for $300.” 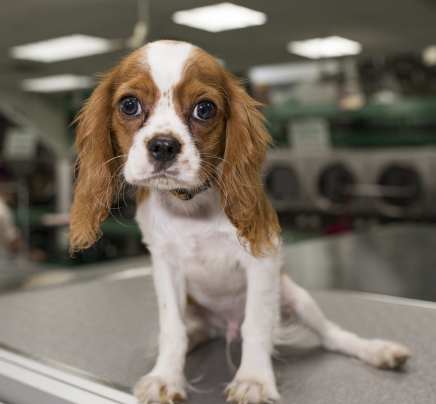 The man that bought the dog didn’t know at the time he was buying a stolen dog.  He was hoping to keep Pippen, but after seeing the news report of the dog being stolen, he knew that there was only one right thing to do.

“He even brought back the food that he bought for the dog, and wee-wee pads,” Espinal said.  “I was so very happy and I was so very thankful.  It took a lot for him to bring him back even though he paid $300 for him.”

The police are still looking for the dog thief.  Pippen was also not the only dog stolen by this man.  According to police reports, there was a total of two dogs taken by this person that we know of.  However, both dogs that were stolen, have been found and returned to the right families.