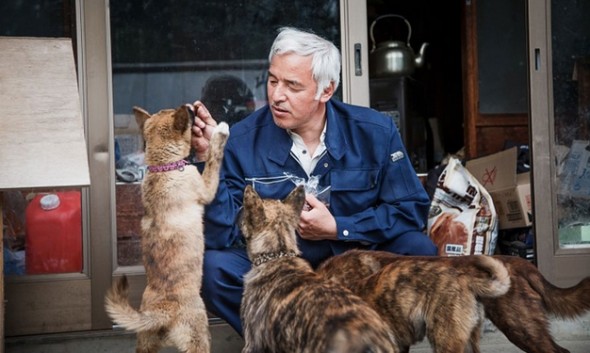 According to BBC News, a man by the name of Naoto Matsumura is the last person living in Tomioka, Japan.  The area was devastated after the disasters at the Fukushima power plant, causing almost all of its residents to flee. 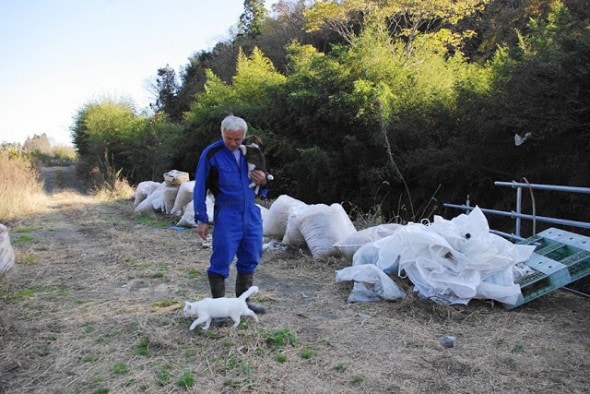 People left in such a rush that many doors were left open, and many animals were left abandoned.  Matsumura has taken it upon himself to be the personal guardian of the animals still living in the area. 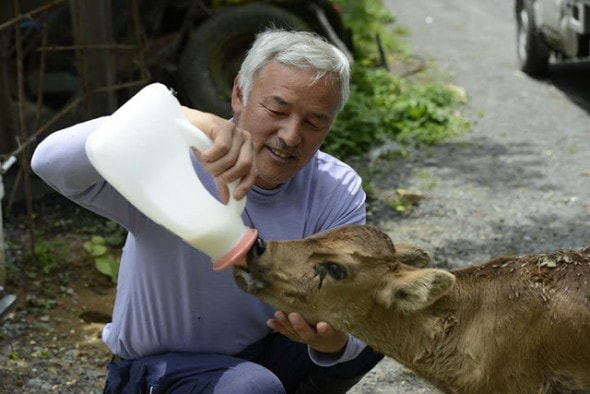 He takes care of all of the abandoned animals, and lives by candlelight.  He’s become known as the Guardian of Fukushima’s Animals. 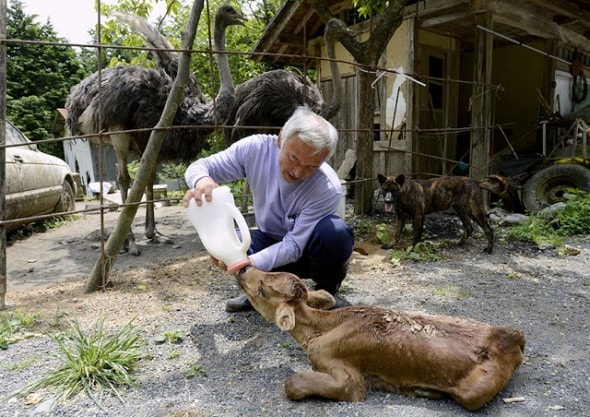 He does his best to ensure that he gets as much food as possible for himself and the animals from outside the disaster zone. However, because he’s decided to stay behind to help, he’s most likely the world’s most radioactive man. 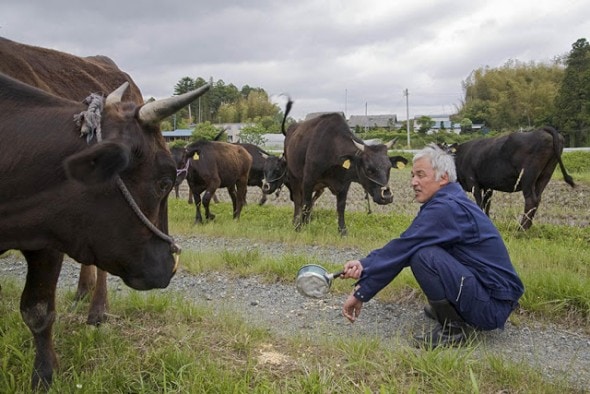 “From then on, I fed all the cats and dogs every day.” 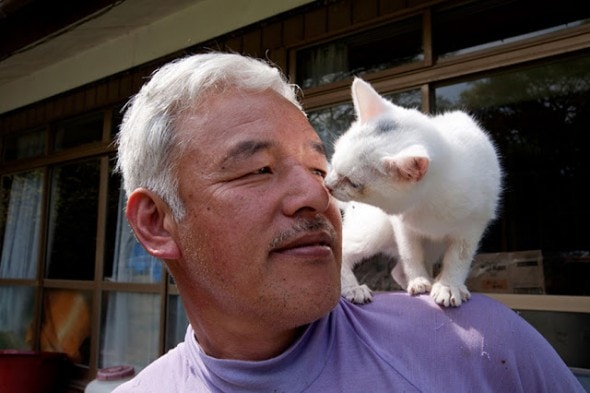 “They couldn’t stand the wait, so they’d all gather around barking up a storm as soon as they heard my truck.” 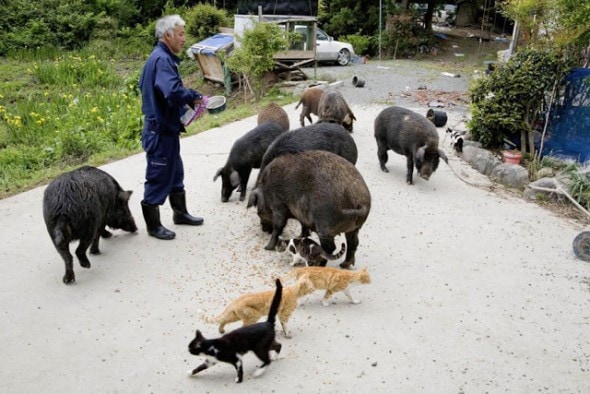 “Everywhere I went there was always barking. Like ‘we’re thirsty’ or ‘we don’t have any food’ so I just kept making the rounds.” 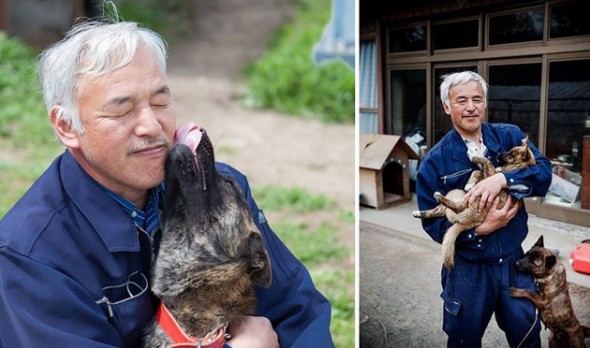