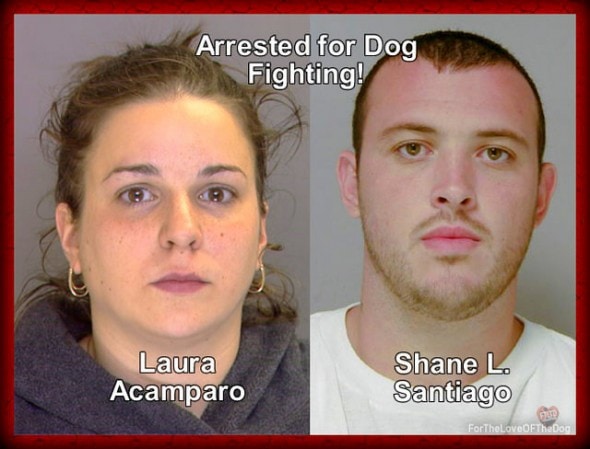 Shane Santiago was sentenced to 7-1/2 to 15 years for running a dog fighting ring out of the family’s Pennsylvania home. His wife, Laura Acampora, was also sentenced for her role in the ring, along with allowing their children to witness the gruesome treatment of the pit bulls.

It is believed that at least 10 dogs were killed, and even more injured in the ring. Bodies of pit bulls were callously flung on the sides of roads. Chester County District Attorney Tom Hogan called the residence “a house of horrors for the dogs that lived there.”

Six dogs’ lives were saved by the police who busted the ring. 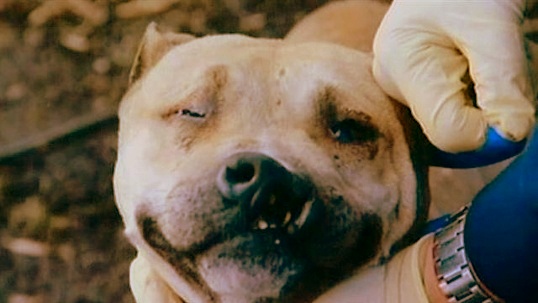 Judge Thomas G. Gavin sentenced Santiago to up to 15 years in state prison for his actions. Santiago attempted to downplay his reprehensibility by claiming that he grew up around dog fighting, and likened it to hunting. The judge did not share his opinion.

“I cannot conceive of anyone not having a natural (friendly) feeling toward animals,” Judge Gavin said. “I don’t think that any animal should be kept for the purpose of fighting. It is just completely foreign to me.”

Acampora was sentenced to 23 months for failing to protect her children from witnessing such horrors. The parents allowed their five children to see a dog stomped to death and one dog eating another.

It can only be hoped that the dogs and children will be placed in homes where they will be shown love and compassion.