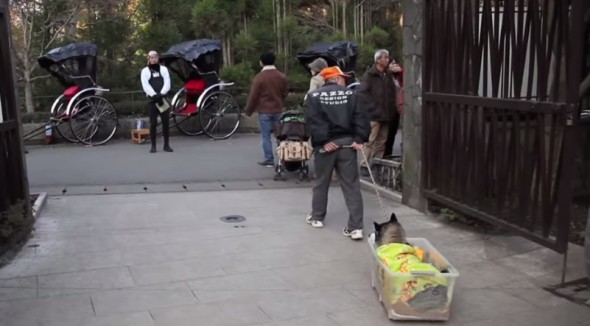 Respect is something we all deserve, man and animal alike.  This respect seems to extend to our elders doubly so.  This man loves and respects his senior dog so much, he fashioned a storage box into a dog cart, so he could still go for walks with his best friend. 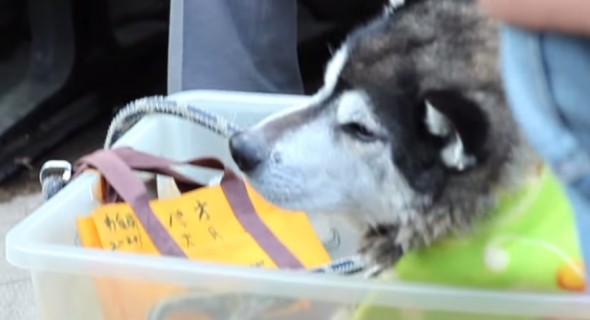 The dog in the homemade box-cart is called Pao.  He is 16 years old, so if one human year is equal to seven dog years, Pao is 112! 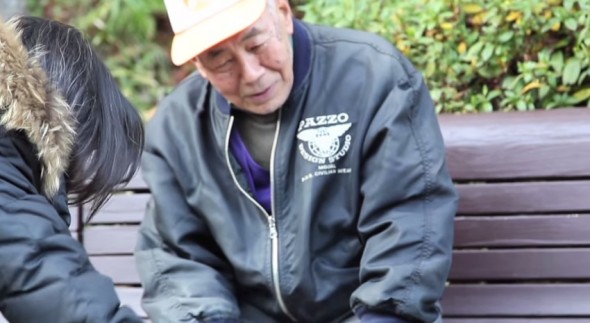 His human, Ootsuki has such great love and respect for his canine buddy he decided Pao should be ale to relax a bit more. He built Pao a wheeled box, so instead of having to walk everywhere, Ootsuki pulls him around. 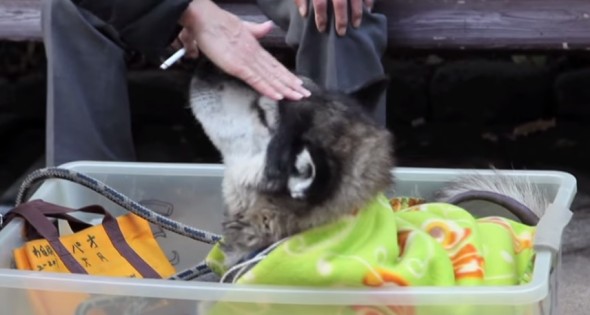 Dogs that make it to Pao’s advanced age often have hip and joint issues.  We’re positive that Pao really appreciates being able to get some fresh air, but doesn’t have to put such a strain on himself to do so. 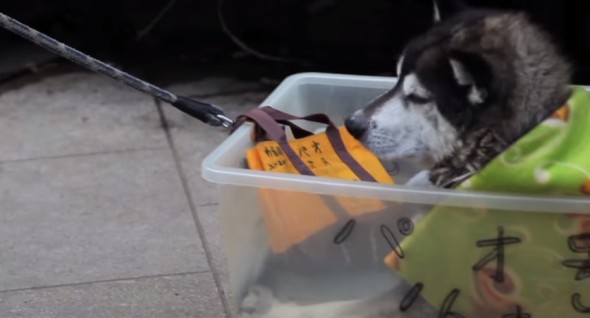 Ootsuki says it’s all about respect.  He lives his life by the motto, “Try to be as nice a person as your dog thinks you are.”  Maybe if we all did that a bit more, the world would be a better place.