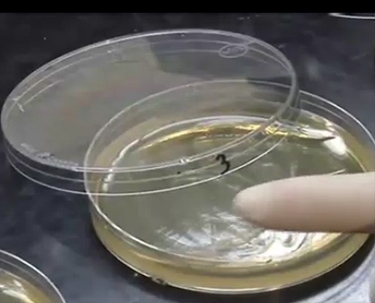 One of the most frequently quoted expressions in the dog world is about to be put to the test, and the results may surprise you.

KFVS Heartland News recently decided to get to the bottom of an often discussed dog myth by conducting their own version of myth busters. A local biologist was asked to evaluate mouth swabs for bacteria from humans and dogs in order to get a definitive answer to the age-old question: Do dogs really have cleaner mouths than humans?

After swabbing four humans and four dogs, the samples were left overnight in an incubator. In just one night, the bacteria growing in the petri dishes made for an obvious, if surprising outcome.

Now can we all just pretend we never saw this? 😉

25 thoughts on “Man Vs. Dog: The Mouth Myth Explored”