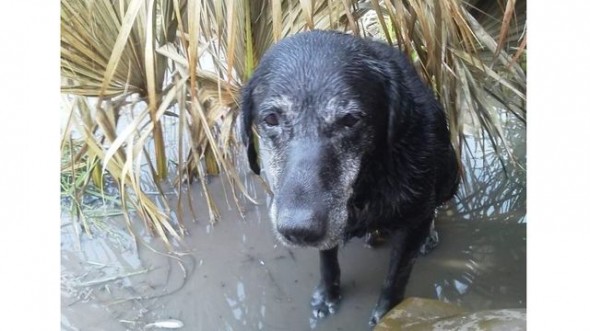 Will Baker and his black lab Ace have been friends and hunting partners for 11 years. “I’ve hunted with him 25 to 30 times a year for the past 11 years,” Baker said. This past Thursday they were headed on another weekend hunting trip when Baker stopped off at a Harbor Freights in Channelview, Texas to get some supplies. He was only in the store for about 20 minutes, but when he came outside his truck was gone. So was his friend Ace.

Ace had been in a crate in the back of his 2005 Chevy pickup that Baker had parked in one of the closest spots to the store. The truck also contained thousands of dollars of hunting gear. Baker isn’t concerned about the hunting gear though, “That’s what we pay our insurance premiums for, for that kind of stuff,” he said. “But the dog, that’s irreplaceable. Hopefully if they decide to keep it or someone finds it, they’re nice to the dog.”

When Baker saw that the truck was gone he called 911. Unfortunately the store does not have surveillance video. Ace doesn’t have an ID chip and Baker is hoping someone will find his friend, but most importantly he hopes Ace is safe. “He doesn’t bite, he won’t hurt you,” he said. “I just don’t want him to be hurt.”