When the Memphis, Tennessee police responded to a call involving a badly injured dog, there was not much they could do once they got there. Unfortunately, that dog did not make it, but the incident has launched an investigation into a possible dog fighting ring in the North Memphis area. Now police are offering a cash reward to anyone providing information that leads to an arrest. 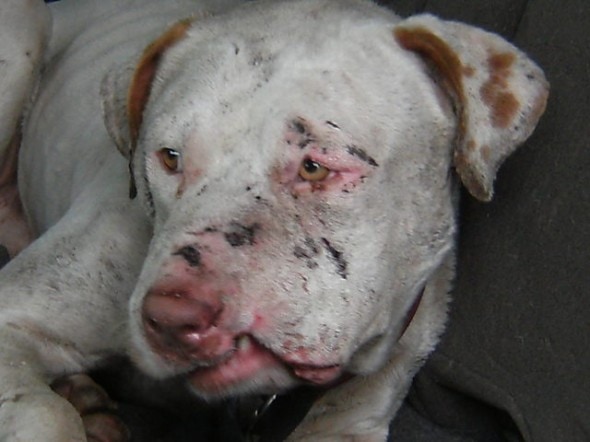 One of the neighbors that lives close to where the call for help came from, Shaun Armour, said dog fighting is a common problem in his neighborhood.

“They fight the dogs, then the dogs die or whatever, and they just get rid of them (on the street),” he said.

Corey Sutton is a volunteer with many of the local animal rescue groups across Memphis. He said, “We actually talked to a resident who said the dog was on their property and the dog was used for fighting.”

With the aid of law enforcement, Sutton went to a house not far from where the dog was found. Once inside, what appeared to be a dog fighting arena had been set up.

According to Sutton, there was equipment used to train dogs for fighting, and it was not hard to tell some sort of fighting was going on in that home. Sutton says that this is becoming an all too regular problem in the Memphis area. He is pushing for stricter penalties for those convicted of dog fighting.

He said, “Jail time instead of a fine. Not being able to have an animal ever again,” are just a few of the things he would like to see put in place, and does not think that this problem will stop, until the penalties are so severe. Otherwise, things may continue, and more needless deaths will follow.