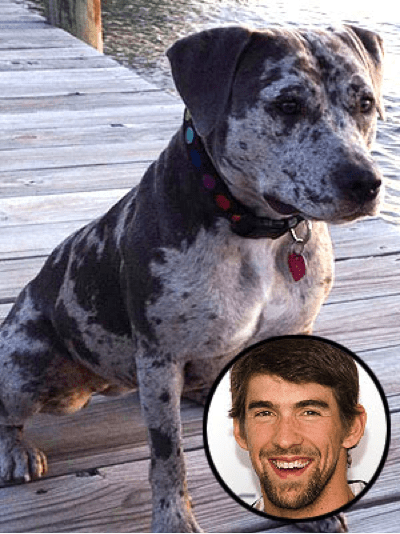 Michael Phelps, the Baltimore native who earned a record-breaking 22 medals over the course of four Olympics, also earned the admiration and respect of animal lovers everywhere after adopting a Catahoula mix he saw on The Today Show’s segment of “Bow to Wow”, showcasing shelter dogs looking for families. Phelps saw Penelope on the show, took her for a walk in the park, looked into those big, brown eyes, and that was it. He was hooked. He renamed her Stella and took her home to live a life of leisure.

Stella and Michael’s other dog, Herman, an exceptionally lazy English bulldog, get along great but neither had any interest in keeping up with Michael’s early morning training schedule. Now that Michael has retired from swimming, the three plan to hang out on the couch, watching TV and relaxing.

Michael also plans to get both dogs into the pool but that probably isn’t on Herman’s agenda. He plans to cheer them on from the comfort of the couch. However, Stella is looking forward to perfecting her doggie paddle and with coaching from the world’s best swimmer, she plans on doing laps in the family pool. 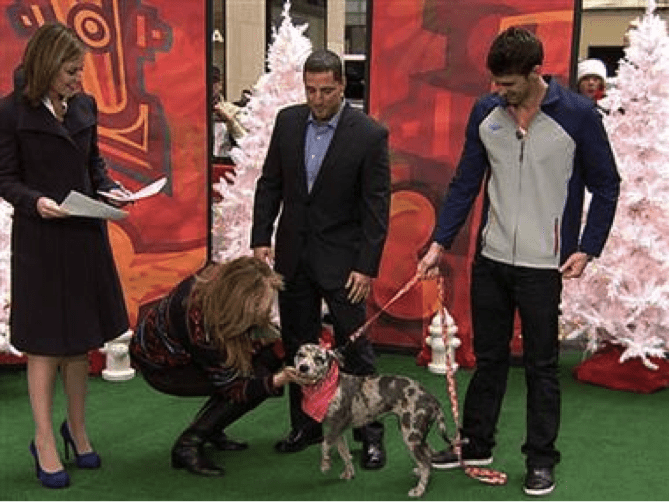