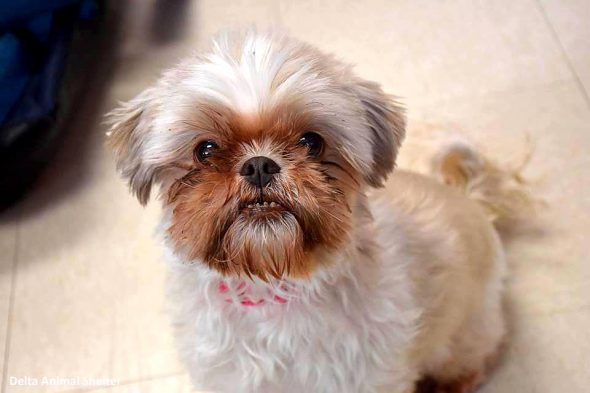 A Michigan DNR officer noticed some suspicious activity on a patch of private property and went to investigate.  Two men were there with a dog, a gun, and an empty cardboard box.  They were going to kill the dog and bury her in the woods, but because of this officer’s actions, she will now be placed in a loving new home.

Conservation Officer Chris Lynch of the Michigan Department of Natural Resources saw a vehicle parked on private property off of an off-roading vehicle (ORV) trail.  A man was there with a small dog, and as Lynch approached, the man put a loaded rifle back into its case.  He then saw a second man who had just finished digging a hole nearby the vehicle.

The two men said they were burying their dog, but an inspection of the cardboard box they had revealed that it was empty.  They were planning to kill the dog they had with them and bury her in the woods.  When Lynch asked why, one of the men simply said that “it was old.”

Lynch informed the men that they were trespassing and were not allowed to have a loaded rifle in their vehicle.  He told them that the dog appeared to be healthy, and that a better alternative would be to take her to a shelter.  They turned over the dog, and agreed that their actions “probably weren’t the smartest thing to do,” according to a report.

Because they technically had not abused the dog, they could not be arrested for abuse against her, but according to mlive.com, “enforcement action was taken for the loaded gun in the vehicle.” 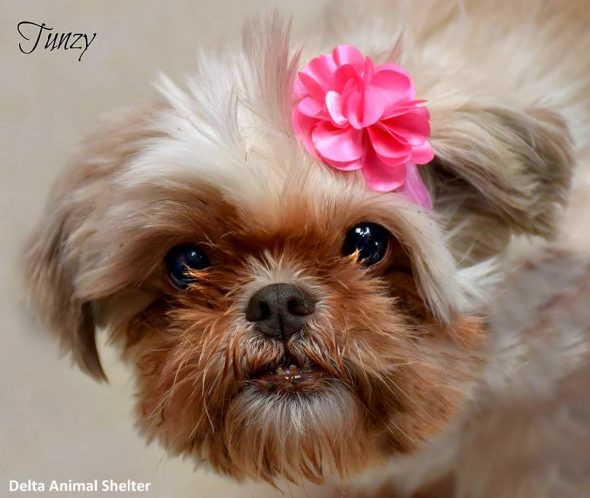 A spokesperson from Michigan DNR told us that Lynch says “he believes he just did the right thing that any officer would have done.”

“This sweet dog is safe with us,” the no-kill shelter said on Facebook. “This sweet girl will go up for adoption soon and we promised she will find real love.”

The shelter doesn’t have a surrender fee, and say that the owners never reached out to them for help.

“We are thankful the DNR brought her to the safety of the Delta Animal Shelter,” Delta told us.  “There is no justifiable reason to end her life – she probably has a good five years of life left and her health is fine. This community does not accept what was going to happen, nor any other forms of abuse of an animal.”

Tunzy will be put up for adoption next week.