Last week, a dog named Loki took himself on an adventure when his canine sister opened their gate and let him out.  However, his journey was anything but fun.  He ended up on the train tracks about 100 yards away from his home, where he was struck by 13 trains.  Though he was badly injured, the little survivor pulled through and is now receiving excellent medical care.

Ryan Rossi’s dog, Rosie, is a master escape artist.  In the last year she’s snuck out of their Kuna, Idaho home twice, and on Wednesday of last week she unlatched the gate and allowed 14-month-old bulldog/pit bull mix Loki to wander.  This was the first time he left home when Rosie got up to her tricks. 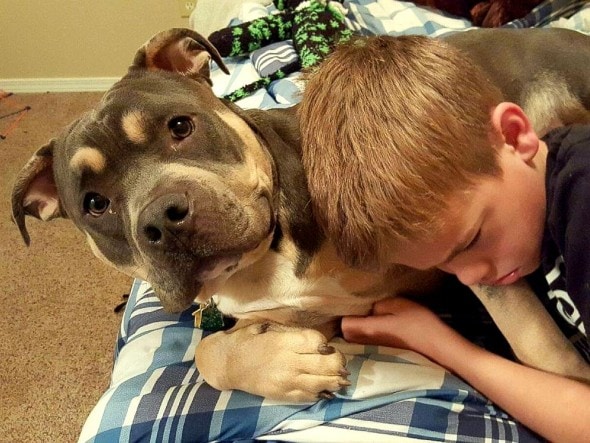 “They hate hitting animals, but they can’t stop that train,” Rossi told ABC News. “They just considered [Loki] was dead after they hit him.”

It wasn’t until the 13th train had struck him that the conductor saw Loki lift his head.  He immediately called for help and contacted animal control.

In the meantime, Rossi and his wife Ashley had been searching for their pup all over the neighborhood.  They posted messages online, pleading for help finding him. 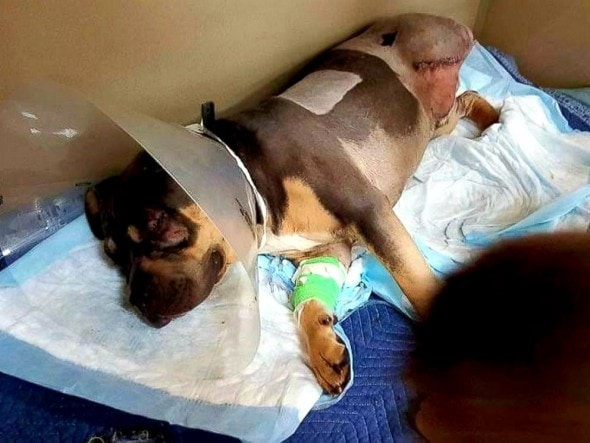 Thankfully, Loki was microchipped, so locating his family was a cinch.

“At 8 o’clock at night we got a call that he was hit by a train,” Rossi said.

He and his wife and kids rushed to the WestVet Animal Emergency & Specialty Center to see Loki.  They were faced with the painful decision of putting him to sleep.

“When we went back to say our final goodbye, he lifted his head and smiled,” Rossi said. 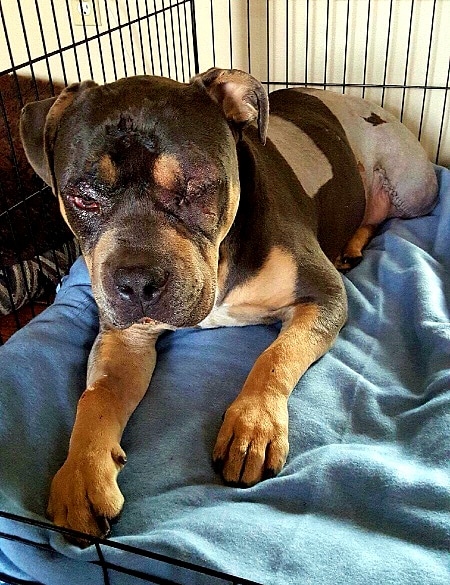 He had made it this far – they knew that they couldn’t give up on him.

Loki lost a leg, an eye, and his tail, but only three days after the ordeal he was hobbling around like a champion.

Loki has a long road ahead of him.  If you would like to donate towards his medical treatments, please CLICK HERE. 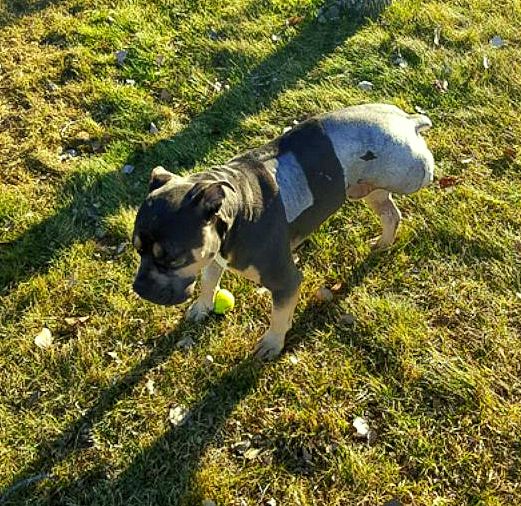