A dog is being called Lucky Penny after coming perilously close to death.  The dog was struck by a train in Richmond, Virginia, and though she lost her tail and one leg, is in remarkably good shape!

A CSX worker who was patrolling the tracks saw the badly injured dog and called animal control.  Her right hind leg and tail had been severed, but she was alert and wagging her little stump.

She was taken to the Veterinary Emergency & Specialty Center to be examined and have her injuries treated.  Her stumps had to be better amputated, but it is believed that she didn’t bleed out after impact because her wounds were instantly cauterized.  Staff was amazed that she didn’t suffer internal damage. 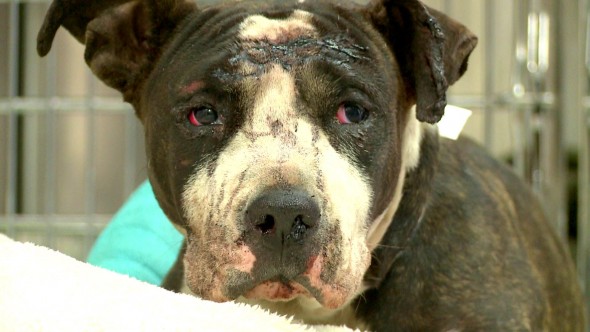 “We were like, ‘surely being hit by a train she’s going to be obliterated inside,’” said Christie Chipps Peters, director of Richmond Animal Care and Control.  “We did x-rays of everything and there are no other breaks.”

Because she has no chips or tags, staff have decided to call her (Lucky) Penny.  The odds of most living beings surviving such an impact are very slim, and it appears that the wheels hit Penny’s body at just the right angle to allow her to live.

CSX thanked animal control for “their swift response and coordination.” 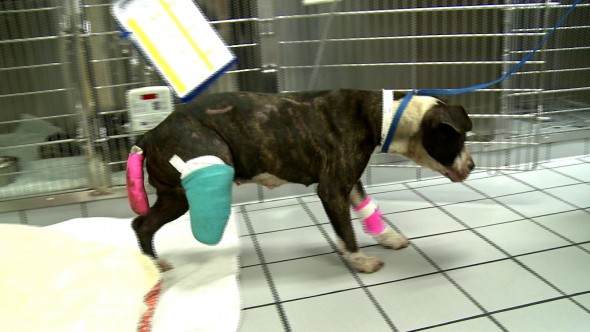 “We’re happy to hear that Lucky Penny is doing well, and we’re proud that our employees focus on safety and fast action in this and every situation,” a spokesperson said.

“This is another great reminder of the importance of using caution around railroad property. We urge drivers and pedestrians to obey signals at railway crossings look both ways and always expect a train.”

Anyone interested in donating towards Penny’s care may click here.  If no one comes forward to claim her, she will soon be put up for adoption.  To track her progress, click here. 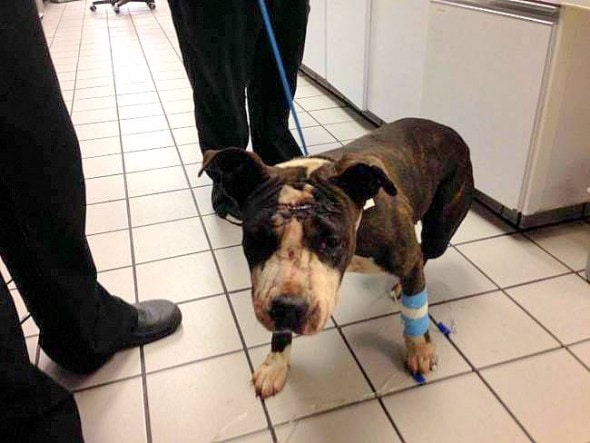 125 thoughts on “Miracle Dog Survives Being Hit by a Train”