And though the Steads, Ally and Alex, a Texas couple who’d been traveling through Indiana, would never see their beloved border collie mix alive again, the love and support they’d received from the dog-loving community at large gave them solace.

The pair had been road tripping, on their way to visit family in Ohio, when they hit a patch of icy road an their truck flipped. In the melee, truck windows shattered and poor Silas, likely in a panic, took off.

That night, she posted to Facebook, hoping that someone might help them find Silas, who was 3. She was hopeful when 30 people shared the post, overjoyed when she woke in the morning to find that number had climbed to 1,000. It would later climb to 18,000. 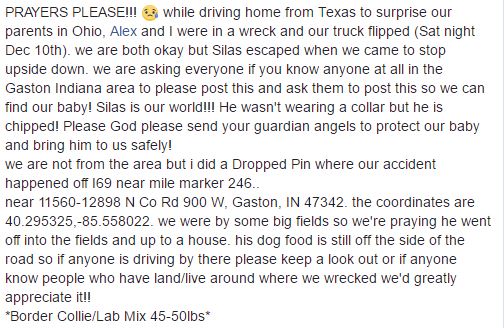 Sadly, Silas’ body was found two days later just a couple of miles from the scene of the crash, the likely victim of a car impact, but the Caddo Mills, TX couple were beyond moved by the outpouring of support and help from the Indiana community around where the crash ha occurred. People had gone door-to-door looking for Silas, others out on ATVs. This, during less than ideal freezing rain. 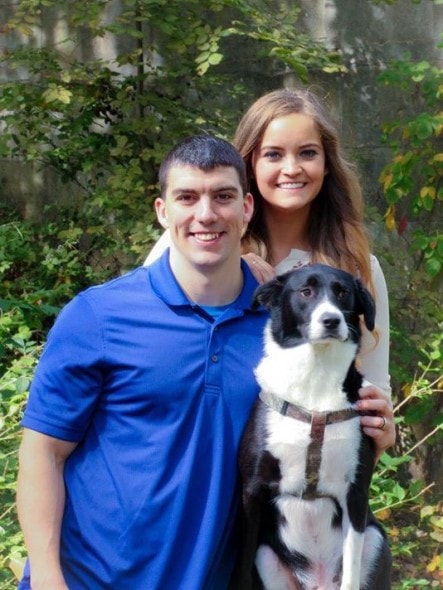 ilas had been Ally’s first dog. Her husband, Alex, is a Marine. Silas was adopted as he transitioned from military to civilian life, as they were buying their first home.

“He knew the sound of opening a jar of peanut butter,” she said. “When he saw me get a bag of popcorn out of the pantry, he would sit at the microwave waiting.”

In her farewell to Silas on Facebook, Stead gave a shout-out to the people of Delaware County. 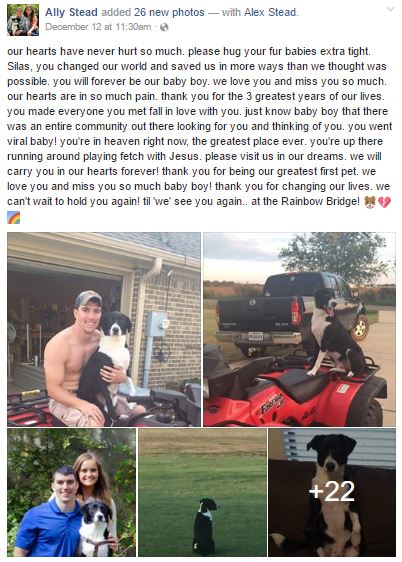 1 thought on “Missing dog draws outpouring of love, but sadly no happy ending”