Noran is a dog that works with the Riverside Police in California.  He had been let out of his enclosure sometime after midnight on Sunday, and apparently hopped a fence and decided to do some exploring on his own.

“The dog, for whatever reason, chose to climb over the fence and take off,” said Lieutenant Mike Cook of the Riverside Police.

A search team was sent out looking for Noran.  The nearby hills were combed by people on horseback, and off-road vehicles, but turned up nothing.

Police were very worried, as at the time Noran didn’t have his collar with his identification on, nor had he been micro chipped as of yet.  He is part of a team of ten police dogs working for the Riverside Police.

Thankfully, he was located just before 9pm Monday at the San Bernardino Animal Shelter.  Police were notified via telephone call that a dog matching Noran’s description had been posted on the shelter’s website.

According to reports, someone dropped off the dog at the shelter saying they had found him roaming around in Grand Terrace. 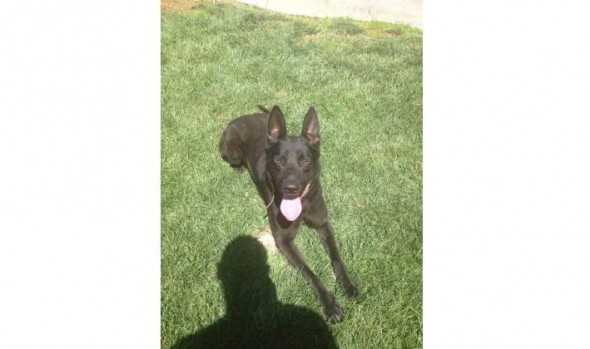