For his breed, Vincent clocking in at 38 pounds is simply enormous!  He wasn’t in very good health or spirits.  He was often very lethargic and depressed looking, and as if the physical and mental health issues weren’t enough, the poor guy ended up being surrendered to a shelter because his human had passed away.

According to his vet, Sharon Anderson, “He was friendly, but I could barely discern between his laying down and standing up positions.  With his short little legs, there was very little clearance between the floor and his chest and abdomen.”

The poor thing could hardly walk at all, his cholesterol as very high, and the extra weight was causing a dipping in his back, putting pressure on his spine, and threatening to stricken him with nerve damage.  You might say he was practically knocking at death’s door. 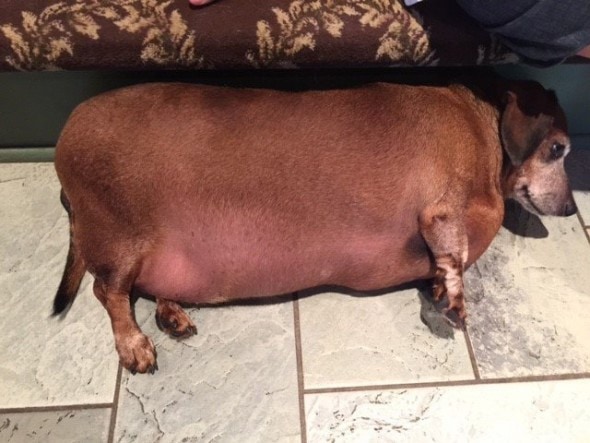 Right about the time that Vincent had been surrendered to the shelter, a rescue group out of Houston, Texas called K-9 Angels Rescue, heard about his story.  They took him in and got Vincent on the road to recovery.  It wouldn’t be the easiest thing they’ve ever done, but they knew that he was in a bad way and really wanted to help.

“At his original BMI (Body Mass Index), he was at a severe risk for arthritis, diabetes, reduced mobility, increased physical injury that can lead to paralysis of the hind legs, cancer, respiratory disease, kidney disease, pancreatic and shortened life expectancy,” said Anderson.

Things were not off to an easy start, and even though at one point he did start losing weight, he quickly leveled-off, and just didn’t seem to be having much success.  However, his foster mom, Melissa Anderson, and his vet were not going to give up on Vincent.  They would do whatever they had to in an effort to make sure he met his goal weight. 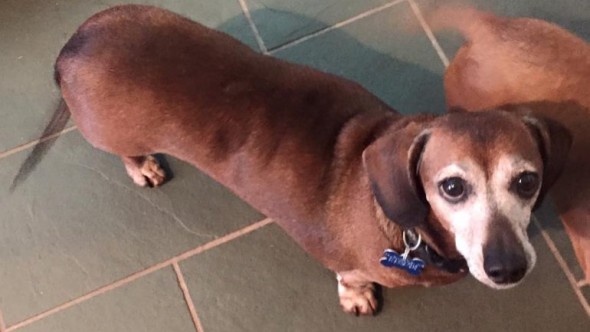 Everyone worked really hard at helping Vincent lose weight.  He even got a sponsorship from a dog food company called Royal Canin.  They are a specialty health food maker for dogs.  When they found out about Vincent, it just seemed like a natural thing for them to do.

Slowly but surely, with the new food regiment and a few creative exercise opportunities added like water aerobics, and longer and longer walks, the pounds started melting off.  He was turning into a whole new dog.  Soon his cholesterol came down to a healthier number as well.  He was on his way to a clean bill of health.

Hs attitude towards life in general has even changed.  Today, Vincent is playful, loves people, and just seems to be a heck of a lot happier than he ever was before.  Eight months ago, this dog really did weigh 38 pounds.  If you scale that up to human-size, a normally 180-pound man would be over 340 pounds!  He lost a total of 20 pounds and looks really good today.

Vincent is now on the hunt for a forever home.  If you think this could be you, Melissa Anderson has some ideas on how to know if you and your family are a good candidate.

“The perfect home will continue his daily walks and the monitoring of his food,” said Anderson.  “Most important is having lots of love to give!”

To get more information or see more of his transformation, you can click here to view his Facebook page. 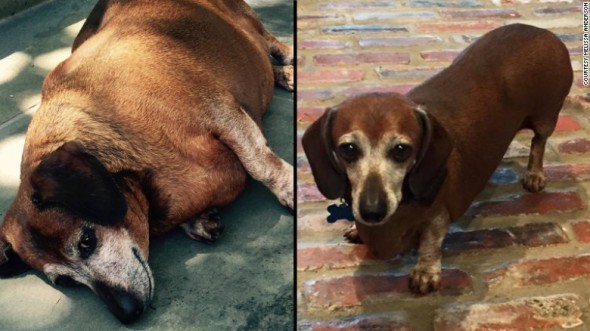