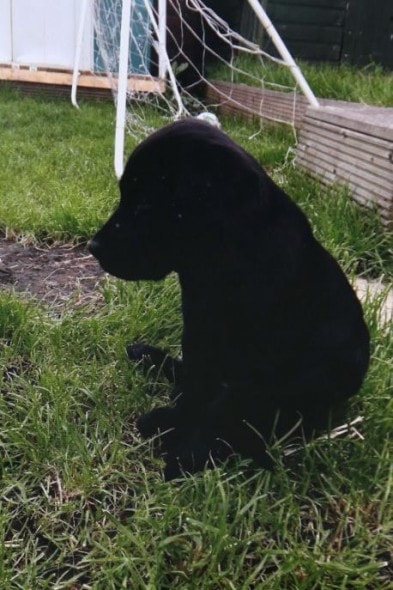 So far, more than 17,000 people have come forward to sign a petition seeking to shut down the Ivy Leaf Kennels.  People having purchased puppies from this breeder are claiming neglect, as several of the puppies fall ill, and end up requiring immediate vet assistance, and some are even dying within days of getting them home.

Ivy Leaf Kennels is located in Burnhope, County Durham in the UK.  It recently has come under fire by people getting pups from them whom all seem to almost immediately fall ill when brought home.  Owner of Ivy Leaf Kevin Knox strongly denies intentionally selling sick animals.  However, several pet owners having received dogs from Ivy Leaf are claiming different.

Laura Cramman bought a lab puppy called Poppy from Ivy Leaf for her mother Susan last month. She said the puppy was rushed to the vet when it started having diarrhea with blood in it.  Just two short days later, Poppy had died.

Postmortem testing showed Poppy was suffering from canine parvovirus.  This is a highly contagious disease passed on through infected feces.

“I honestly think Ivy Leaf should be shut down,” said Cramman.

Deana Field’s husband Trevor bought her a cavalier King Charles spaniel they called Bailey from Ivy Leaf this past May.  Just a few short days after being brought home, Bailey became very, very ill.  Tests revealed Bailey was suffering from campylobacteriosis.  Bailey thankfully is recovering, but Mrs. Field still believes that Ivy Leaf should have their license revoked.

In response to the recent outcry against the breeder, Mr. Knox said Miss Cramman bought Poppy within two hours of him bringing the dogs home from the breeder that supplied him.  He apologizes that the puppy was ill and said he would not sell anymore puppies until they have been in his care for a minimum of seven days, hoping to screen out any health issues.

Mr. Knox is also saying that he spoke to the Mr. Field four days after he sold the spaniel, and heard no mention of the dog being sick.

“On the very rare occasion a pup has taken ill after being sold, we do our utmost to amicably resolve the problem,” said Knox.

More than 17,800 people up to this point have signed a petition calling Durham County Council to revoke Ivy Leaf’s license to sell dogs.  This petition began when North West Action for Animals had seen many complaints of sick and dying dogs being sold by Ivy Leaf circulating on the internet.

Mr. Knox is taking offense to the action, stating that selling puppies is how he makes his living.

“I am also aware that puppies are a very emotive subject,” said Knox.  “When only one side of a story is told (it) makes the likes of myself sound very bad.  I would like to point out that anyone visiting our kennels to view or purchase puppies is given total access to all of our kennels so they can see what we have, how clean our kennels are and how we keep and feed our pups.”

Joanne Waller is the head of environment, health and consumer protection with the Durham County Council.  She said, “We take complaints regarding licensed animal welfare establishments very seriously and will investigate the circumstances relating to any allegations we receive.  Whenever possible, we will take all necessary action against traders who are found to be in breach of the law or in breach of the conditions of their license.”

Waller also mentioned that if any evidence of any wrongdoing, or violations on the license given to Ivy Leaf is found, it will be put before the courts for a final decision to be made.

As always here at Life with Dogs, we like to remind people that there are many wonderful dogs out there looking for forever homes at shelters across the county, and adoption is always the best way to go to find that furry, forever family member.