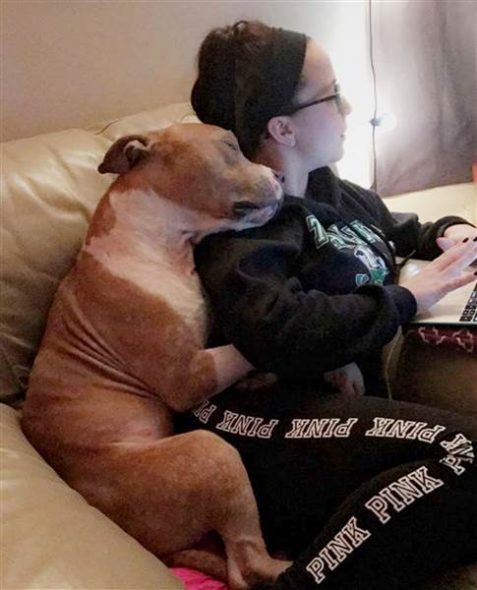 If a picture speaks a thousand words, then every once in a while a picture comes along and just speaks volumes.  That is exactly what is going on here.  College student Kayla Filoon was just sitting on her couch, doing homework like usual when her newly adopted shelter dog snuggled up next to her.  Thankfully, someone nearby had a camera and snapped the pic!

Filoon is a student at Temple University, in Philadelphia.  She volunteers at the municipal animal shelter walking dogs, and that’s when she first laid eyes on Russ.  He’d come into the shelter as a stray, and he was just sitting calmly in his kennel.  The poor guy had kennel cough and an eye infection, was terribly itchy from a skin condition and his tail was bleeding. 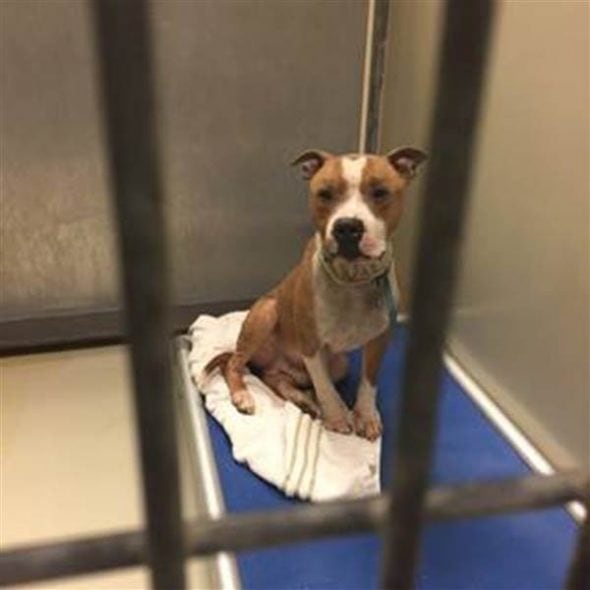 Filoon said that Russ was just watching her with a look on his face as if he just knew he’d met his new mom for the first time.  It was almost, “as if he knew I was going to be his mommy one day,” she said.

She had brought Russ out to the yard with her one day, as was amazed at just how well behaved he was.  He was great on a leash, took treats so gently from her hand, and he stuck to her like glue.  According to Filoon, “He would not stop cuddling with me.  I fell in love.”

That very day, she decided to adopt Russ.  She called her mom to tell her what had happened, and contacted all of her friends, too.  She went back to the shelter the very next day to see Russ again.  She took him out for a ride in the car, got him some snacks from a fast food restaurant, and a song called “A Sky Full of Stars” came on the radio.  Filoon could just tell it was meant to be. 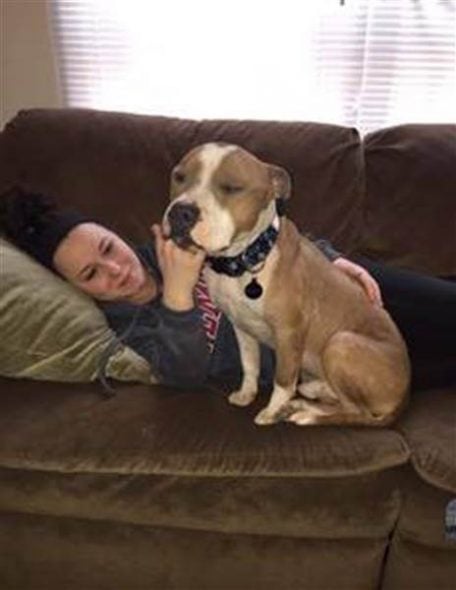 “I actually cried,” said Filoon. “I knew it was meant to be.”

All of this happened about two weeks ago now, and Russ has not left his new mom’s side.  Sometimes, you just know… 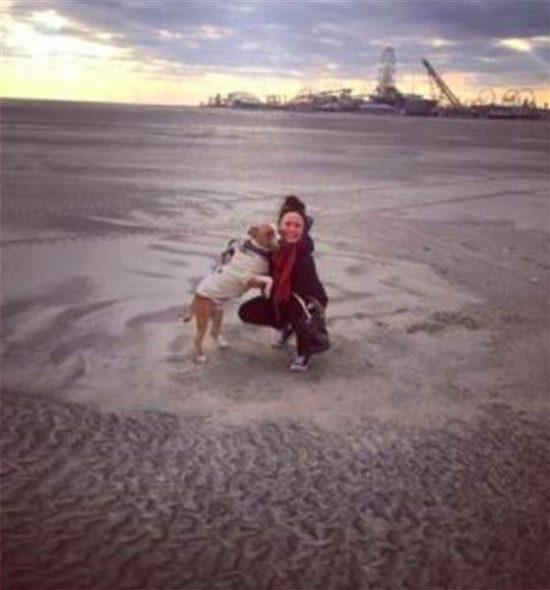 “He has not even been with me for two weeks yet, however the bond that we have is incredible,” said Filoon. “He does not leave my side.”