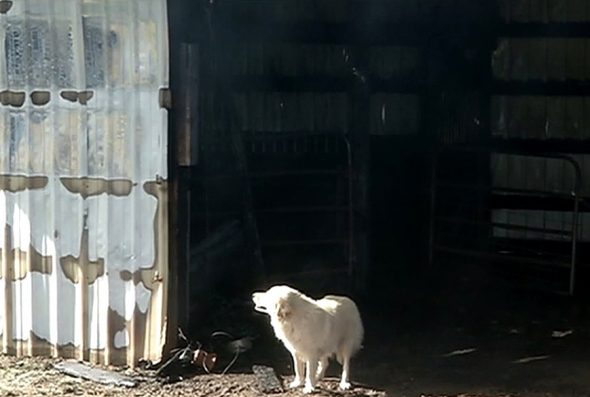 Last week, a barn fire in Roseburg, Oregon claimed the lives of four goats, two pigs, and seven puppies.  Daisy the dog was deeply mourning the loss of her babies, too depressed to even eat.  But as fate would have it, eight puppies in the same area recently lost their mother, and now Daisy is overjoyed to be taking care of them.

“She’s just been so sad and so heartbroken,” Christine Nelson said of Daisy to KVAL. “She just goes down to the barn and just sits there and tries to look for them still. She quit eating.”

So it seemed that the best idea would be to find some foster puppies or kittens to help ease Daisy’s pain.  Another woman’s dog died during surgery to extract two more puppies after giving birth to eight. 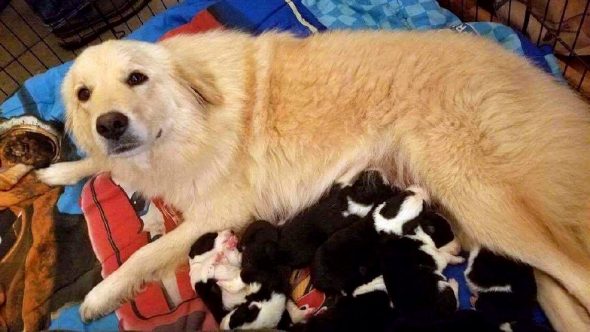 “It has been a huge endeavor of everyone pulling together to keep these eight little beauties going with around-the-clock feedings,” said Deanna Murphy-Vest, the woman’s daughter. “My mom is exhausted.”

When she saw the story about Daisy on the news, she knew she had to do the right thing for the puppies.

“It’s hard to see them go anywhere because we are very attached,” Deanna explained.  “But we know how our momma dog would have felt if she was in this dog’s situation.”

On Friday, Daisy got to meet her new brood. 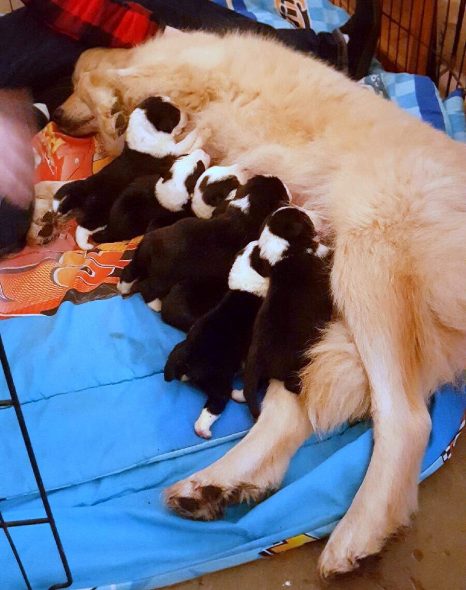