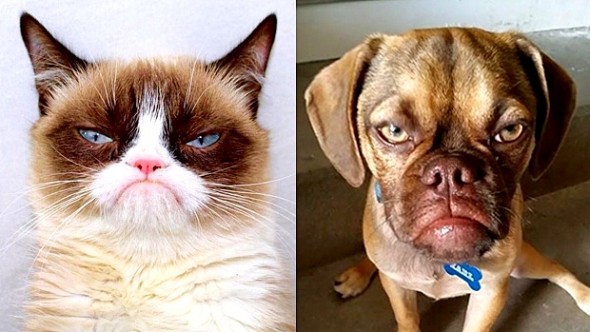 Grumpy Cat’s popularity has already waned, but the desire for adorably cantankerous pets still beats deeply within the hearts of many.  Usher in the age of Earl the Grumpy Puppy!

Just like Grumpy Cat, whose real name is Tardar Sauce, Earl’s looks are deceiving – he’s actually a very friendly and affectionate.  He’s a second-generation pug and beagle mix with an underbite that contributes to his unsightly expression.  He actually looks scarier when smiling. 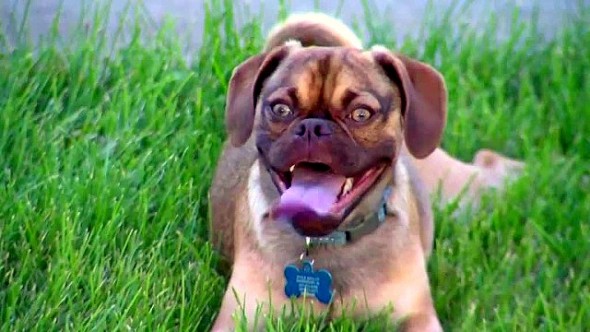 “He has had the grumpy expression from day one. The vet said he’s as healthy as any other puppy. He just looks grumpy because of his underbite, wrinkles, and dark complexion,” said dog dad Derek Bloomfield.

“He is the most relaxed, content puppy either one of us [referring to fiancé Christie Bailey] has ever seen. Whenever he wants something he’ll calmly sit down and stare at us until we ask him the right question. Then he wags his tail in approval. 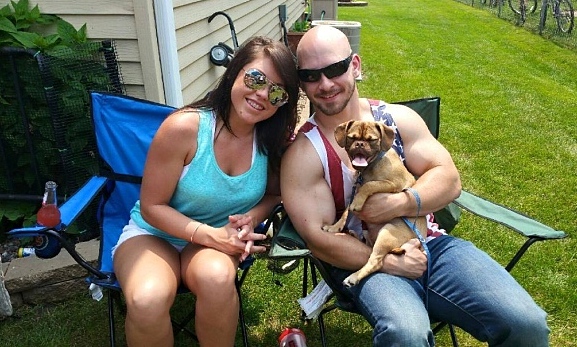 “He’s constantly trying to snuggle up to one of us and has us in constant fits of laughter through his facial expressions and mannerisms. He’s a daddy’s boy and loves to pick on his momma.”

Though Derek and Christie have gotten used to people’s reactions of Earl’s countenance while out for walks, neither had any idea how quickly his mug would rise to fame. 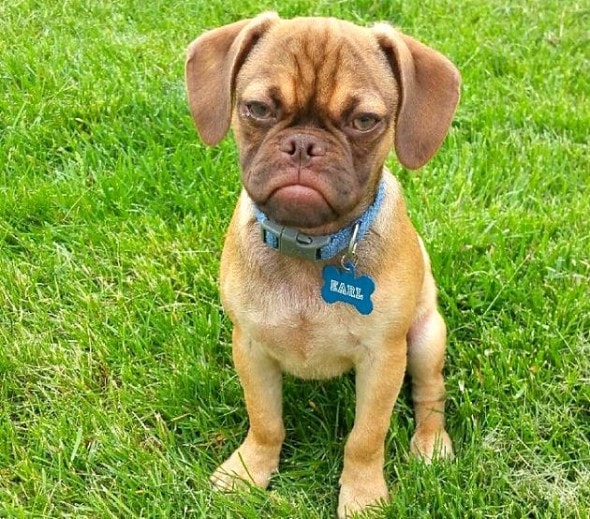 “People usually say ‘Oh my god, he is so cute,” and “Is he always that grumpy?” Usually a combination of those two phrases and laughter.

“We were both surprised at how quickly he went viral. The first night we were both checking the Reddit and Imgur links constantly just to see everyone’s reactions.” 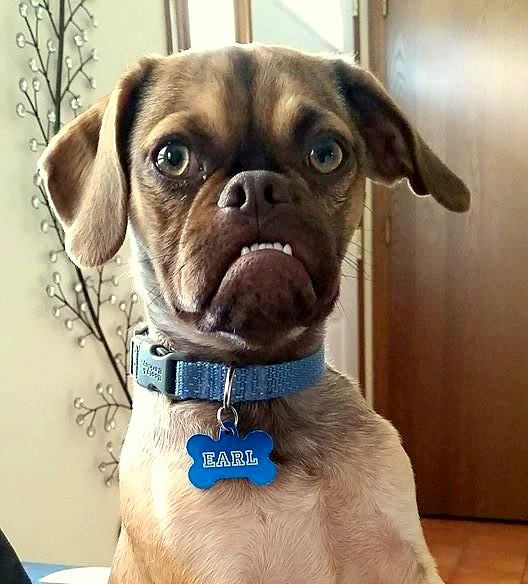 “We especially enjoyed the various comparisons between Earl and well known people as well as the different memes that were created.

“Christie and I had talked about finding a puppy and giving him an ‘old man’s name’ long before we found Earl.” 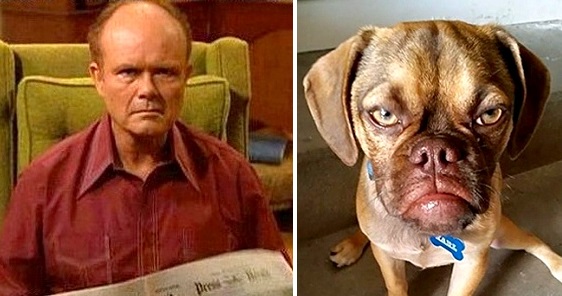 Redditor Mick0331 wisely commented that “This dog should have clearly been named Red Foreman.” (A nod to Red Forman, the irascible dad on That ’70s Show.)

“We get the frown and the goofy looks all the time. But when he’s sleepy it’s dirty, dirty looks and we know not to touch him,” Derek said. 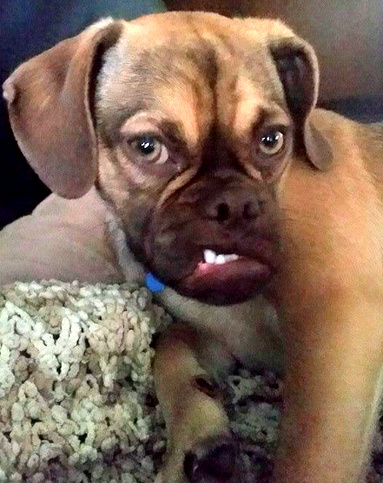 “I’m just happy people get to see what we see every day. His personality, we sit and crack up all the time,” said Christie. “So the fact that everyone else loves him as much as we do, we think it’s awesome.”

To see more of Earl, check out his Instagram page.  There are only a handful of photos, but with his escalating popularity, his family is sure to add more photos soon.  He also has a Facebook page, which has many more photos.