When Luna was last seen, she had been tossed overboard from a fishing vessel in the Pacific Ocean.  That was five weeks ago, and she was presumed dead at one point.  However, as luck would have it, Luna was found, alive and well, and was rescued by the U.S Navy.

Luna was reported lost the morning of February 10th.  She was on a boat about two miles off of San Clemente Island with her human, Nick Hayworth.  Hayworth reported this to the U.S. Navy, according to U.S. Navy public affairs officer Sandy DeMunnik.

“He told us Luna was a very powerful swimmer and that he was 90 percent sure she’d head for shore,” said DeMunnik.  “So our staff searched the island, but with no luck.  He stayed in the area for two more days to look for her, and after a week, we considered her lost at sea and presumed dead.” 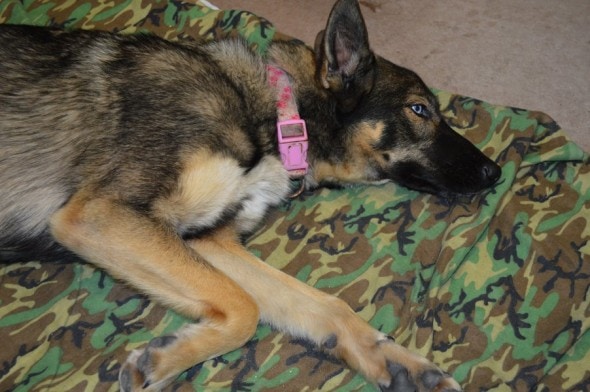 However, this past Tuesday morning, Luna showed up at U.S. Naval Base Coronado on the island!  She somehow was on the island and survived on her own for the time she was missing.  She almost seemed to be waiting on the side of a road for someone coming onto the island for work at the base.

“They saw Luna just sitting on the side of the road wagging her tail,” said DeMunnik.  “Keep in mind, there are no domesticated animals on the island, so it was a stunning sight.”

Navy staff knew it was Luna almost immediately, and it didn’t take very long to confirm her identity.  The Navy called Hayworth straight away to tell him that she was found alive, and doing very well considering the situation. 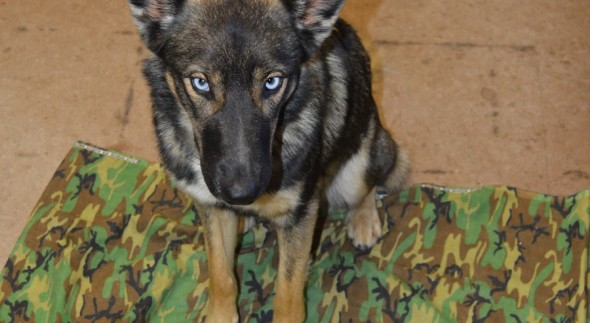 DeMunnik said, “He (Hayworth) was actually out in the middle of a lake with horrible reception when he got the news.  He had to do all sorts of acrobatics to get signal, but he was ecstatic — jumping up and down.”

Luna was taken to a vet to ensure that she was in good physical condition.  Other than being a very, very hungry dog, Luna was in great shape.  It’s believed that she may have been surviving off of things she’d come across on the island while missing.  Hayworth is just really happy to have his Luna back. 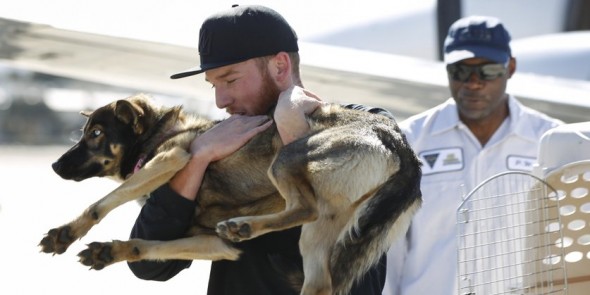