Animal rights groups in British Columbia say new guidelines created in response to the 2010 slaughter of 52 sled dogs amount to one step forward and two steps back. Those new guidelines include instructions on how to “humanely shoot a dog.” 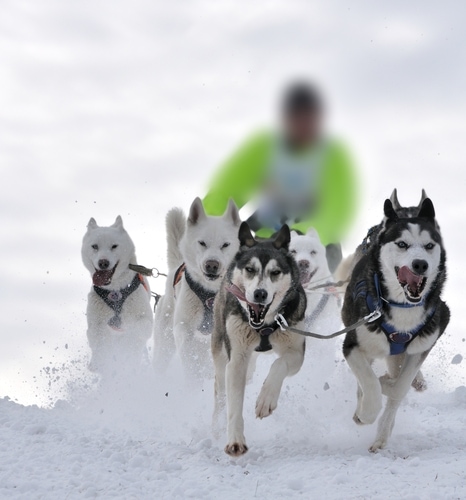 The Sled Dog Code of Practice, created in response to the April 10, 2010 slaughter of 52 sled dogs include a section titled Guidelines for shooting domestic animal species.

Figures are included that show proper positioning for a kill shot.

“Once the dog has relaxed, it can be taken outside, the leash secured to a solid object, and the dog offered some food. The firearm is then aimed at a point midway between the level of the eyes and the base of the ears, but slightly off to one side so as to miss the bony ridge that runs down the middle of the skull.”

Animal rights advocates are appalled at the decision to incorporate killing instructions in the Code of Practice, and urge sled dog owners to see a vet when euthanization is necessary.