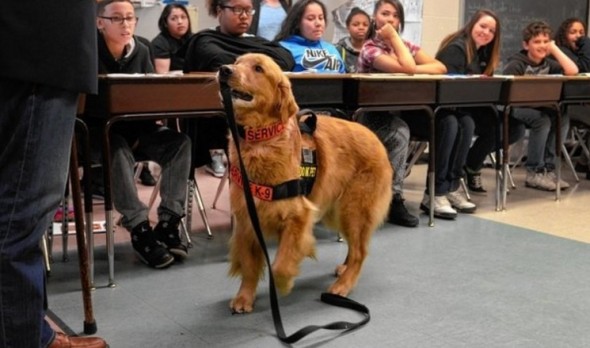 New York State has picked an official state dog, but the title wasn’t given to one dog or breed in particular.  Instead they have named “the working dog” as the official dog, meaning that any dog that works with people with disabilities, or any other form of service dog at all.

New York State Gov. Andrew Cuomo said,  “Every day, working dogs protect, comfort and give their friendship and affection to New Yorkers in need of assistance.  These devoted companions embody the spirit of New York – hard working, loyal and eager to serve.”

At first, the bill only covered service dogs, like guide dogs or therapy dogs for military vets.  The new law will be expanded to cover other dogs as well, such as police K-9s and bomb sniffing dogs.  The addition to the bill will be passed next year, making the expanded definition official.