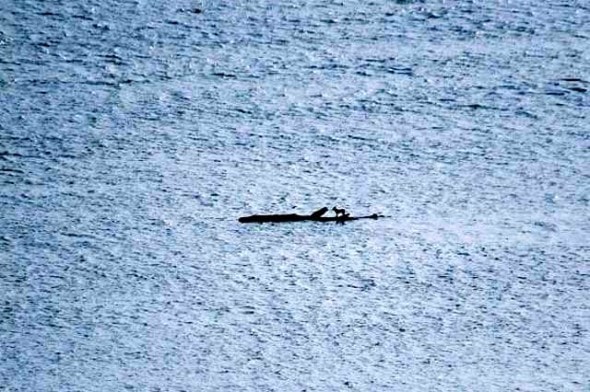 A dog swept out to sea by storms in New Zealand had his life saved when a Royal New Zealand Navy vessel picked him up and brought him to shore, where he was reunited with his owner.

Able Seaman Combat Specialist Filipe Latu aboard the HMNZS Hawea spotted a distressed dog floating on a log in Smokehouse Bay, near Great Barrier Island.  The area had been hit by a bad storm, and it’s likely that the dog was swept out to sea.

“Permission to rescue dog on a log, Sir,” is what Latu may have requested.  Lieutenant Anthony Norris immediately ordered a rescue mission to be conducted.

“Seeing that dog floating on a log was certainly an unusual and unexpected sight,” he said. 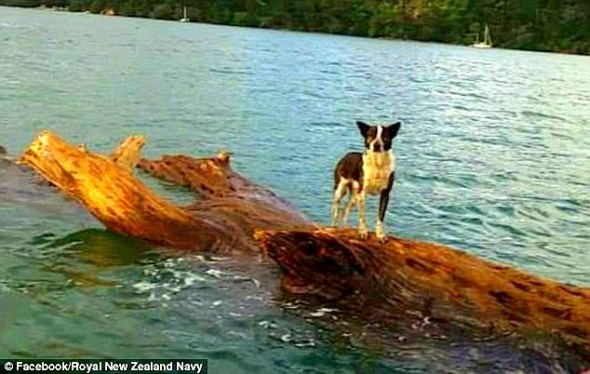 There was a copious amount of debris in the water, and thankfully, a large enough tree to support the stranded dog.

“I would hate to think how long he was there,” Norris said. 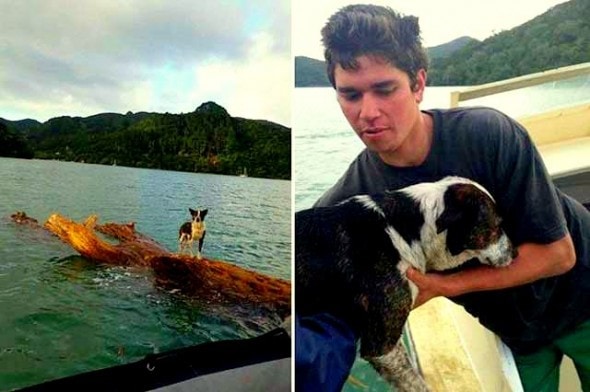 A rigid-hulled inflatable boat containing four sailors was launched, but hardly any were necessary; the grateful dog happily climbed on board.

Once on shore, sailors were told that someone around knew the dog’s owner, and soon the castaway dog and his family were reunited.