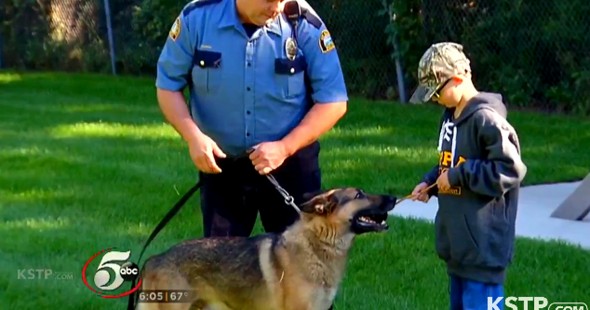 There are many things a nine-year-old kid might be excited to receive for his birthday – Minecraft Legos, video games, a smart balance wheel.  But Ethan Flint is different.  This year he decided to donate nearly $1,300 to his local police department for a bulletproof K-9 vest.

The St. Paul, Minnesota boy told his family that this year for his birthday, he wanted cash.  Sounds a little demanding, but he wasn’t asking for himself – he was asking on behalf of police dogs in his area.

This is not unusual for Ethan.  Since his fourth birthday he has been donating to good causes.  In the past he has helped a giraffe exhibit at the Como Zoo, as well as frogs and snakes at the Minnesota Herpetological Society.

The St. Paul Police K-9 Foundation is striving to have each dog fit with a custom-made vest to help stay safe on the job.  A A GoFundMe page was created by Ethan’s family, and donations flooded in. 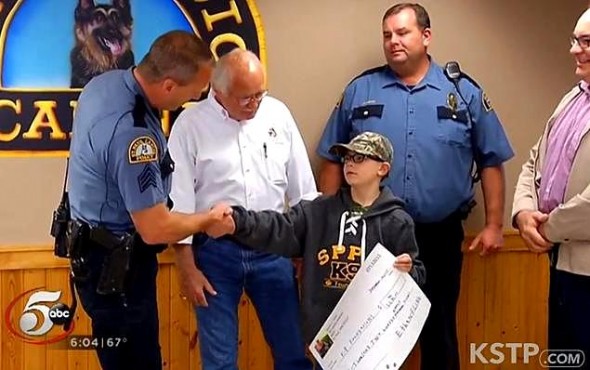 He amassed $1,290 (half the cost of one vest), which was presented to officers in the form of homemade check.

“I think it’s outstanding – that a nine-year-old could think of something like that is remarkable,” Sergeant John Linssen told ABC News.

“A vest on a human is like a vest on a dog.  It covers their body.  It protects them from bullets and being stabbed.” 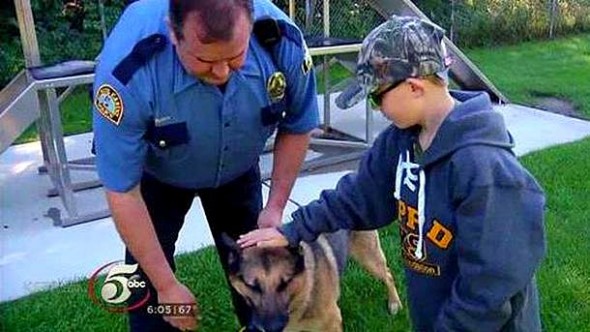