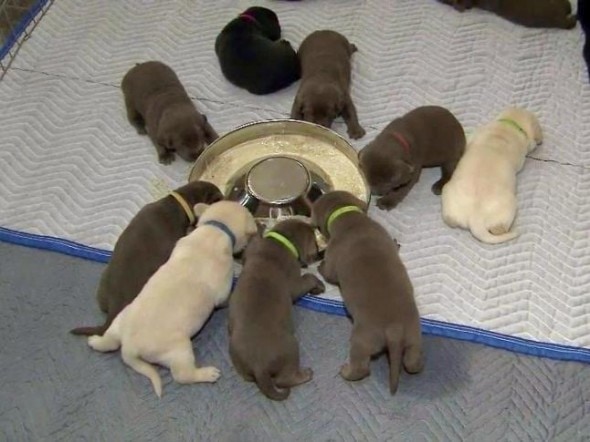 It’s always exciting when the family dog has puppies.  All of that cuteness can really brighten up a household, and it’s always lots of fun watching them grow up and play together.

Three weeks ago, Naia gave birth to a litter of 16!  That’s right folks, 16 puppies from one mom!  That’s more than double the average for a Labrador.

Dawn and Bobby Parry, Naia’s humans were not prepared for such a huge litter. 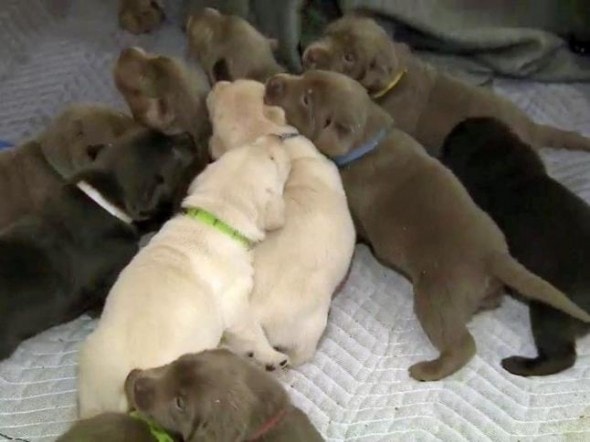 Along with being a shock, it was also a lot of work for Naia’s humans too.  Both Dawn and Bobby worked around the clock for the first few days.  Bottle feeding the pups about every two to three hours.

“It’s been really busy.  I’ll make bottles and Dawn and I will switch shifts,” said Bobby.  “So I’ll leave her a note, ‘Hey, all the silver boys have been fed, you’re up.’  And then I’ll go shake her awake.”

Dawn said that she and Bobby are willing to do whatever needs to be done.  Their primary concern is for the health and wellbeing of each of Naia’s new additions to this world.

“We worked very hard, but we wanted them to be healthy, and it was not acceptable for us to lose any of them,” said Dawn.  “We tried our best and we just got really lucky.” 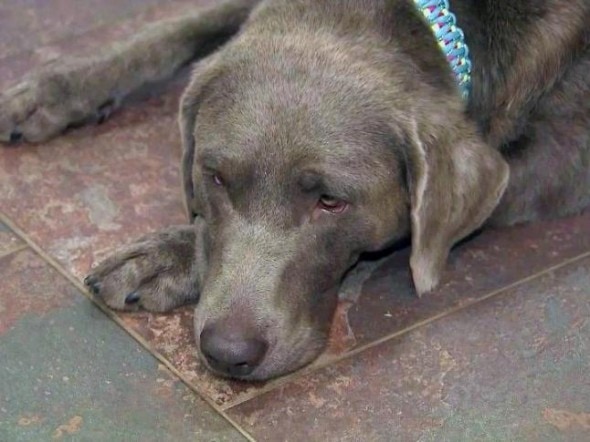 Naia has also been working, well, more like eating really hard too.  She’s been taking in somewhere between 15,000 to 20,000 calories a day.  This is around ten times the standard amount recommended for post birth mothers.  She gets 12 eggs, goat’s milk, and kibble and somewhere between 10 to 15 cans of puppy food.  She’s even has some more upscale meals from that buffet.

“(She’s had) Chicken and rice, and we did pheasant and rice,” said Dawn.  “We cook stuff in the crock pot and give it to her.  As much as we give her, she eats it.  She loves it.”

In the last few days, the little ones have started to move on to more solid food.

According to statistics kept by the American Kennel Club (AKC), the national record for a litter of Labradors is 19.  Naia’s litter of 16 is a record in North Carolina. 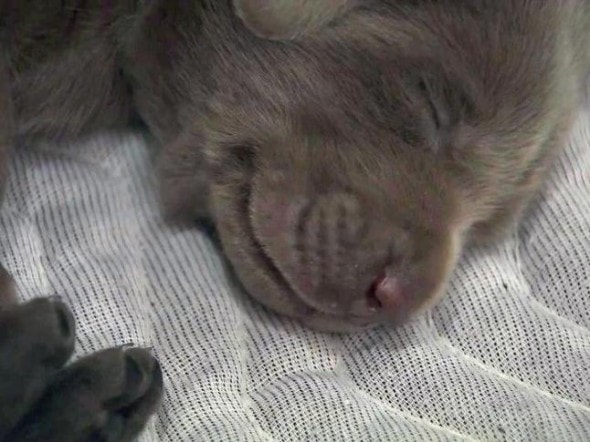