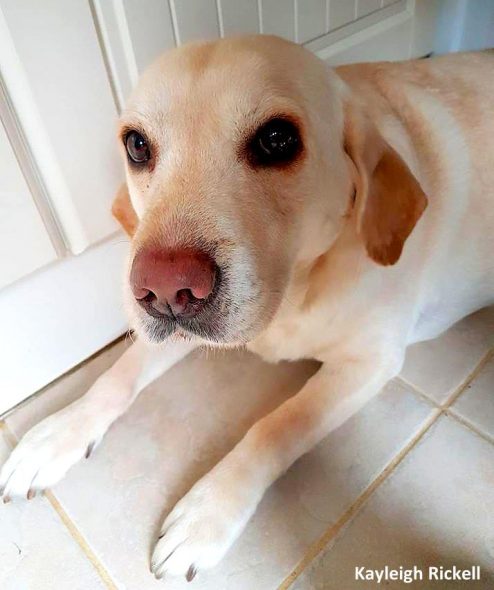 When a dog named Larry was playing in a park with his toys, he took on more than he should have and wound up with a small ball lodged in his throat.  He became unresponsive, but thankfully a nearby police officer was able to save his life.

Larry was celebrating his sixth birthday by going for a walk and playing at Tang Hall field in York, UK with his grandpa on Sunday.

“My dad threw his ball for him and also a stick,” owner Kayleigh Rickell said on Facebook.  “Silly Larry tried to put both in his mouth and the ball lodged in his throat, causing him to choke.”

Her father and two other ladies dashed over and tried to remove the ball, but were unsuccessful.  They called over an off-duty policeman, who also tried to dislodge the ball as grandpa ran home to get his car to rush Larry to a vet. 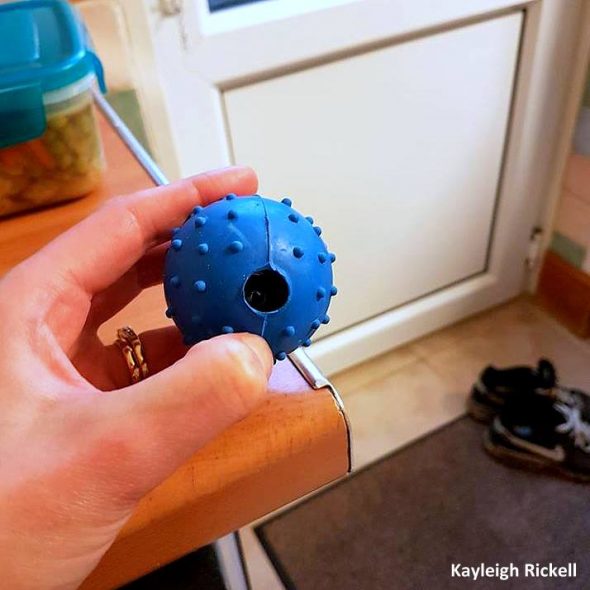 “Whilst doing so, on the field, Larry died – his muscles relaxed and the policeman removed the ball and performed CPR,” Kayleigh said.  “Larry is alive!”

She then went on to explain that the ball he was playing with about two inches in diameter – too small for a dog of his size, and to warn people to always make sure that their pets have appropriately-sized toys.  Kayleigh has also started a Facebook group in light of Larry’s scary ordeal for pet parents to share their close calls so others can beware. 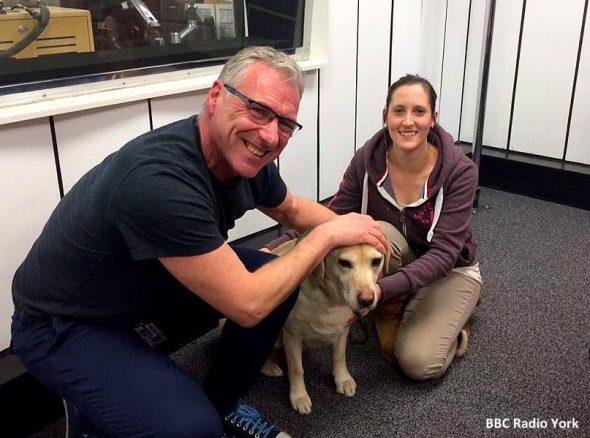