A small dog from Mainlands, Fla., was being walked on March 5, 2015, when the pet broke lose from the leash and ended up falling into the water. The frantic dog walker called authorities for help after the scared dog struggled to swim and was being washed away to open sea. 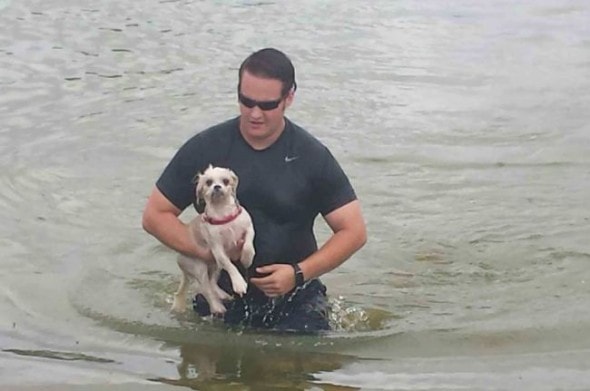 The dog named Daisy couldn’t jump out on her own because there were retaining walls that prevented her from saving herself. An officer from Pinellas Park responded to the distress call and as soon as he got on the scene he knew the only way out for the dog was if someone jumped in.

According to the PPD’s Facebook page, the small pet was about 50 yards away from the sea wall. The dog was scared and kept drifting away from shore. 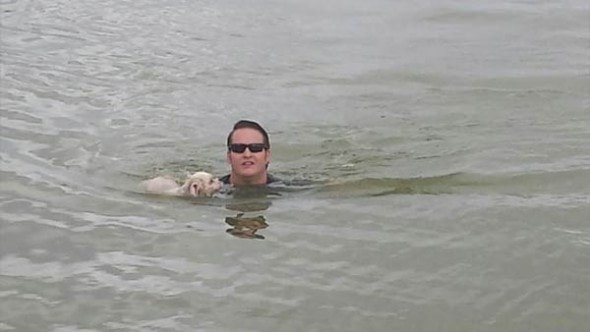 Officer Butterworth decided there was no time left to wait for Daisy to try to swim back, the officer jumped into the water and went after the drowning dog.

Within minutes the hero officer had Daisy in his arms. He walked Daisy towards the pet owner and handed the wet and scared dog to a thankful owner. 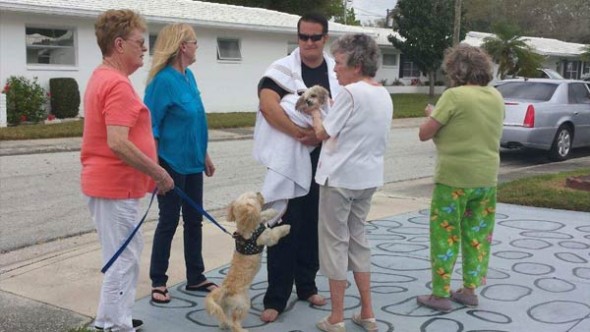