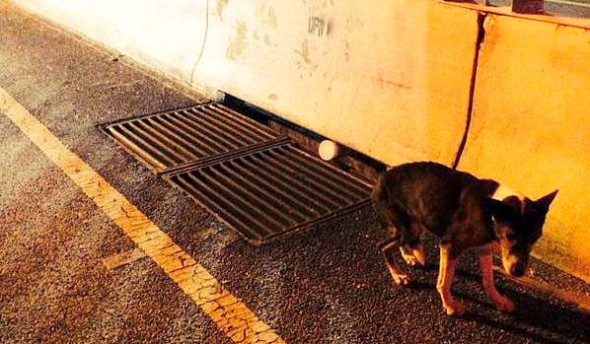 A Baltimore police officer and dog lover saved the life of a scared senior dog who was dumped on the shoulder of a busy expressway in the middle of the night.

A concerned motorist called 911 to report seeing a dog leaving a white vehicle, which is being investigated.  The officer who responded was the best person for the job.

“I was rushing to get there as quick as possible because I know that if it were my dog, I would want someone to do the same,” Officer CJ Martinez told Baltimore WJZ.

“I do own three dogs, and I consider them my kids; they’re part of my family. And I don’t see how anyone can do this to a dog.” 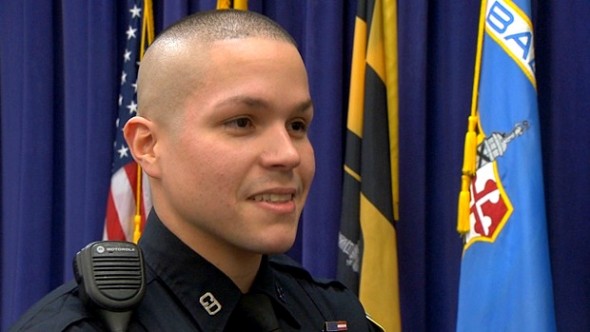 “It was pretty scary. It was 3 a.m., and traffic was just flying by, and I was the only one there talking to a dog for about 10 minutes until other units arrived.

“The dog listened to me, but every time I attempted to grab the dog, he tried to run. So I didn’t want to make him any more nervous because he was already scared and cold,”

The poor pup was brought to BARCS.  Though she wasn’t wearing tags, she is microchipped. The Baltimore Sun reported that she got out though a back fence and her owner was delighted to have her back.